I couldn't think of much to say this evening, so at about 7:15pm I had a bright idea. I would just post a video of Gwen feeding herself some squash! Her [Honourary] Uncle Mike had just told me how much he enjoyed the video of her first solids, so I knew at least one person would appreciate it. Plus I could post the adorable pictures of her covered in squash afterwards.
Perfect! Easy! Cute! Cliche!

Only one teensy problem. Only the first 30 seconds of the video came out properly - the rest is too dark. So, I need to edit the video.

No problem! Chris got me video editing software for my birthday! Fire that shit up!

Um. We uninstalled it because it kept crashing the computer. So we need to reinstall it.

Okay, so I reinstalled the software and then Chris found out why it was crashing my computer. It was a driver problem! Or something! I don't really know or understand or care! But the important part is that Chris spent about an hour and a half figuring this out, finding the right driver, downloading it, installing it, and then installing the program again.
Leaving me fifteen minutes to learn how to edit video, edit the video, post it, and still be in bed by 9pm.

Here is the good news! The software is really damn easy to use. It took me less than two minutes to figure out how to cut out the latter portion of the video.

Here is the bad news. The software only saves video in one specific format. Which Blogger does not accept.

Dear readers, tonight I fail even at phoning it in. 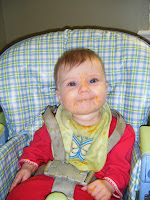 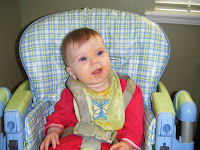 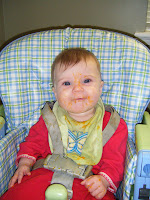 EDIT! Chris fixed everything. I clearly should have known that despite all other software for the past oh, 15-20 years keeping their "Save" options under the "Save As" tab, that Adobe deems it appropriate to keep these options under an entirely separate menu called "Share". I am a total idiot for not figuring that out. But at least I can feed myself without food ending up IN MY HAIR.

Posted by adequatemom at 8:57 PM

Email ThisBlogThis!Share to TwitterShare to FacebookShare to Pinterest
Labels: video