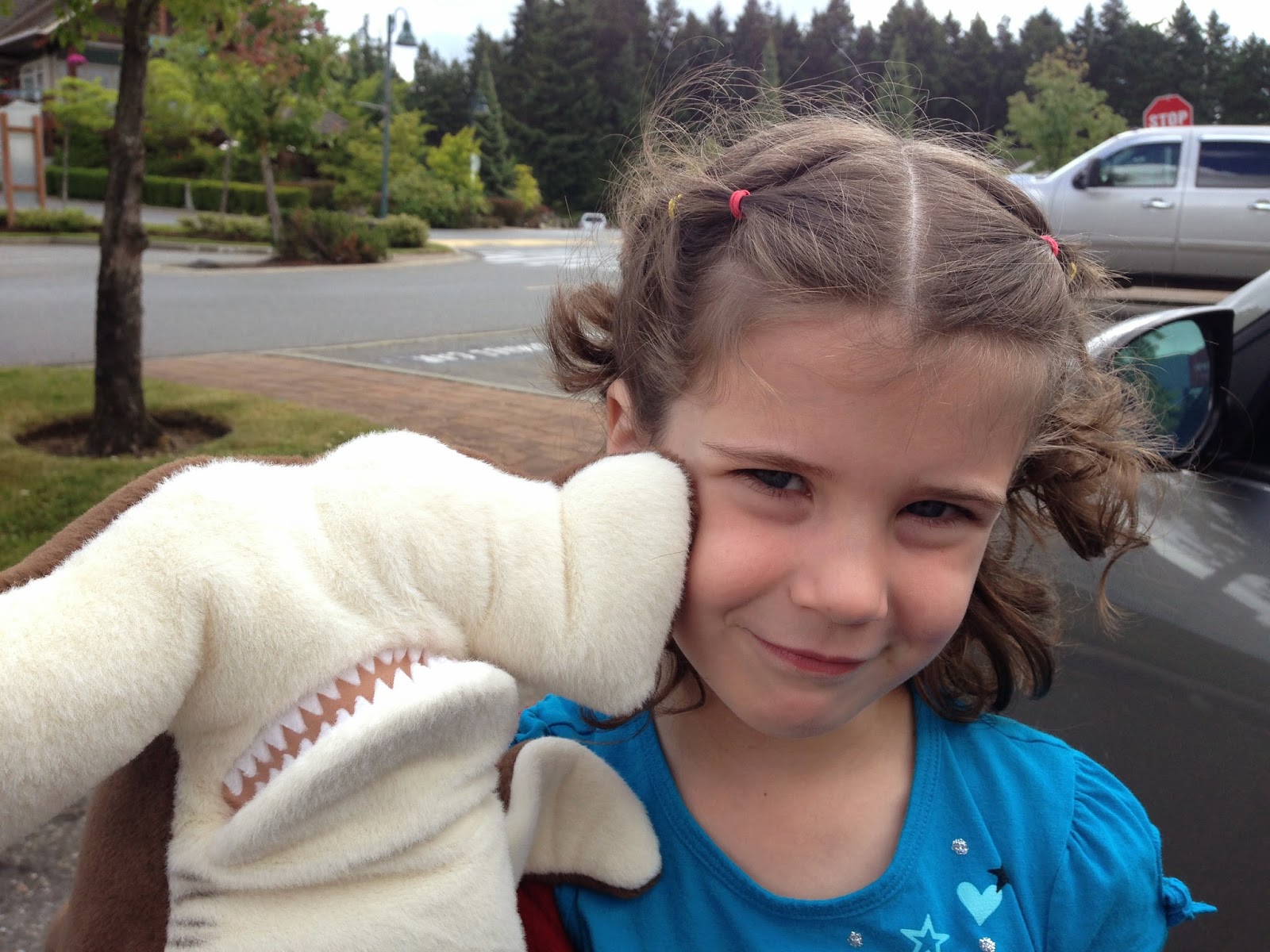 The age of six is pretty different. You have always been an independent child, but that is ramping up even more now. A couple of weeks ago, we went to one of our favourite summer events: a free outdoor movie, shown on a giant inflatable screen, at a local park. It just so happened that you ran into a familiar face – an older girl who goes to your school and had been at the same birthday party as you just a week earlier. You were fast friends and watched the whole movie together on her blanket (and sometimes cuddled up together in your new sleeping bag). This was a real switch as usually you spend the whole time sitting on my lap. 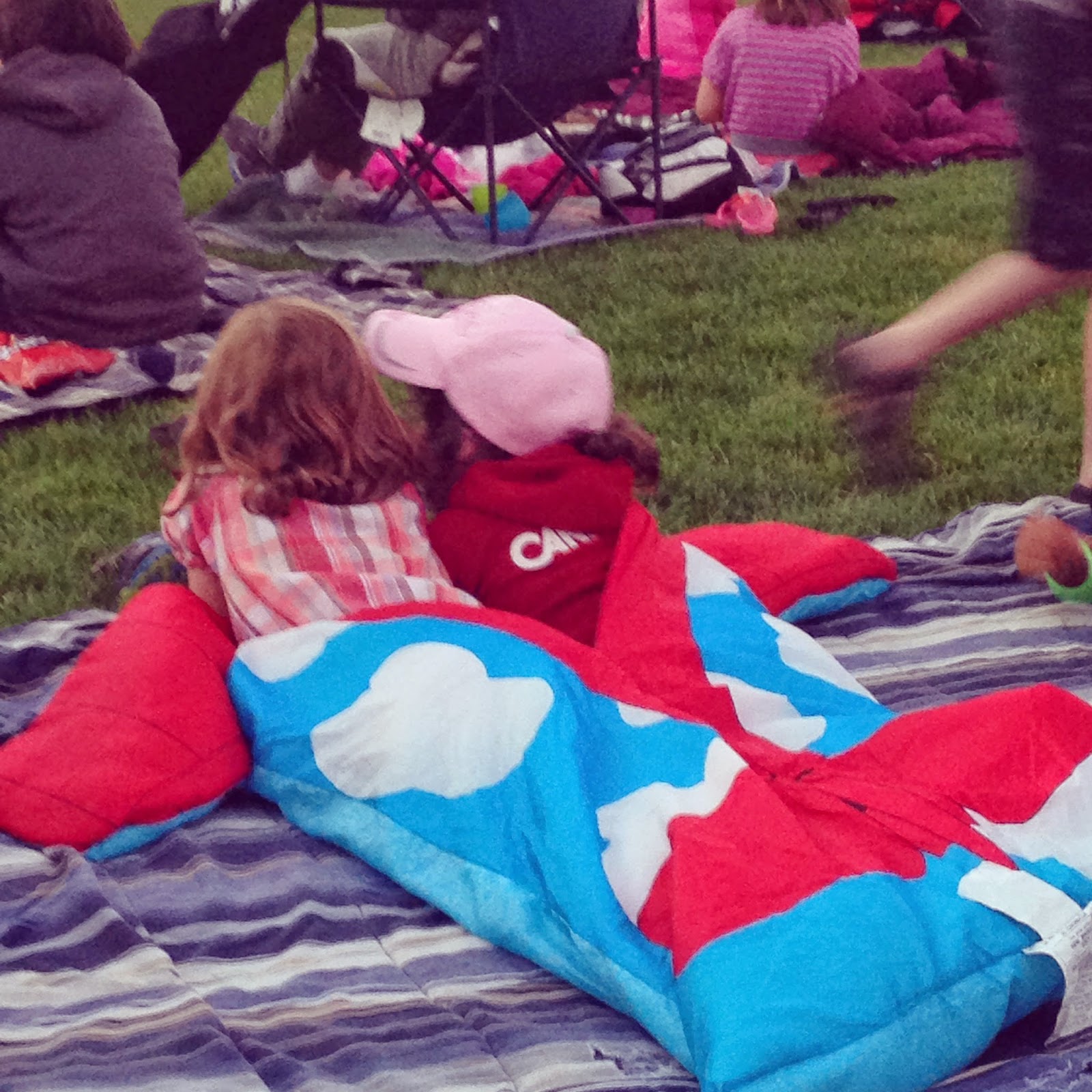 On the same evening, you and I were walking together through the park and you asked my permission to run ahead. I agreed that you could, then watched you run towards our destination. When you reached a park roadway, you stopped, looked both ways, and then crossed safely. I was SO impressed! We talk about road safety all the time, but there’s no better way to know that you’re actually taking it in, than watching you demonstrate it without any prompting. Way to go, six-year-old!

On Canada Day, we all went out to the parade together, which was a lot of fun. It’s sure great to have Dad around this summer to join us in our family outings. This is the first summer since you were two years old that he’s been able to do that, and it’s pretty terrific. 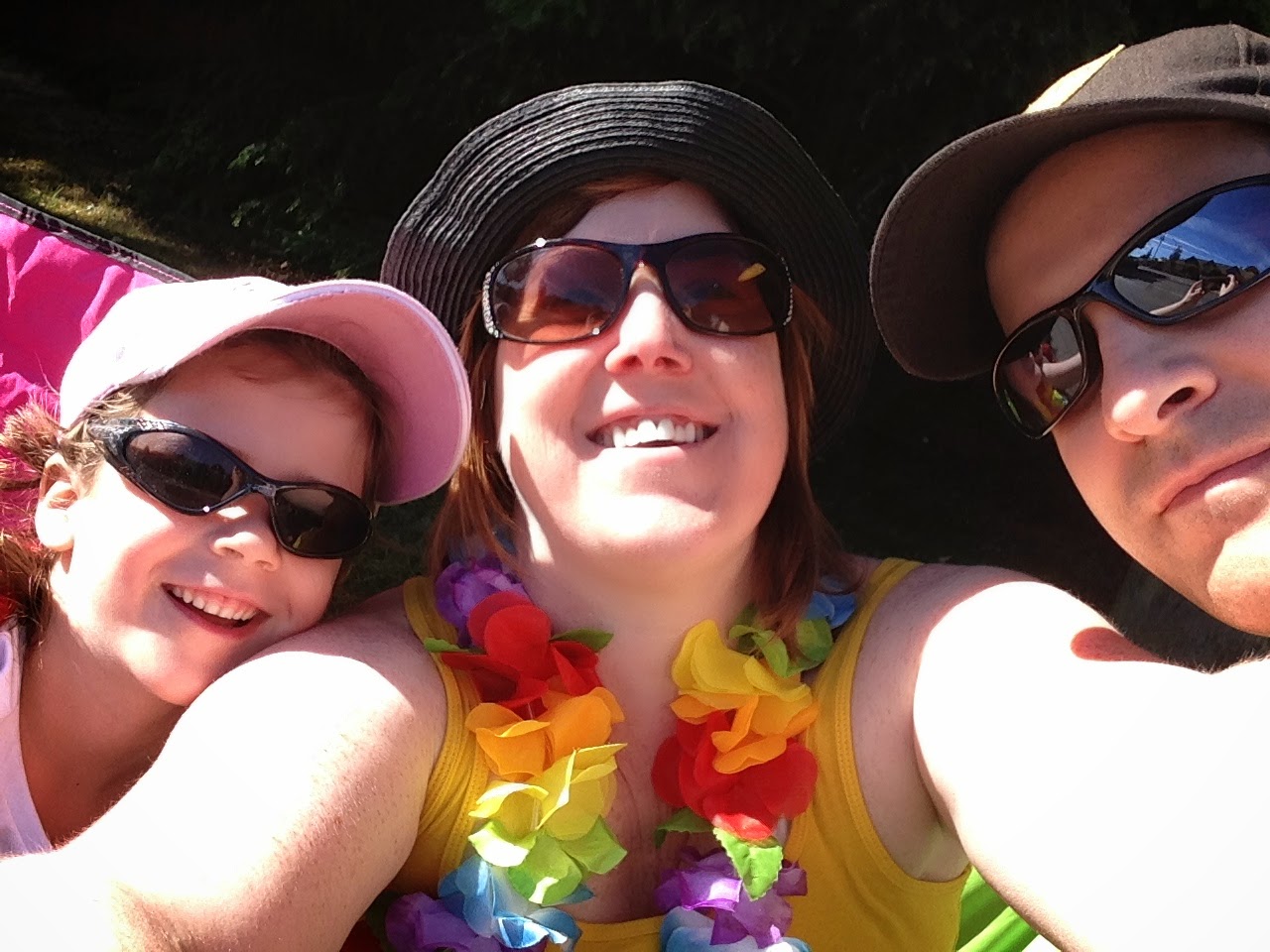 You have started summer camp and are enjoying it a lot. You went to the same camp last year and had a great time, but I think this year you are even more excited about it. You even told me that you look forward to going every day! Despite your excitement, you are invariably shy and clingy at the morning drop-off, holding tight to my arm and very hesitant to join the other kids in their activities (even when they are doing stuff you LOVE, like Rainbow Loom). I saw the same pattern when you were going to preschool: when we arrived in the morning, the other kids would be involved in some kind of craft activity together, but you never wanted to join them right away, preferring to sit at your own table and do your own thing for a little while. Then, when you were ready, you would join the group. One of the leaders is absolutely great at helping you feel at ease during this time. He always has some task or another to do – bringing out more board games, setting up an activity, choosing which toys to use that day – and he always invites you to help, which you are happy to do. Dad pointed out that he was the same way as a kid: he was always more eager to spend time with adults than with other children. 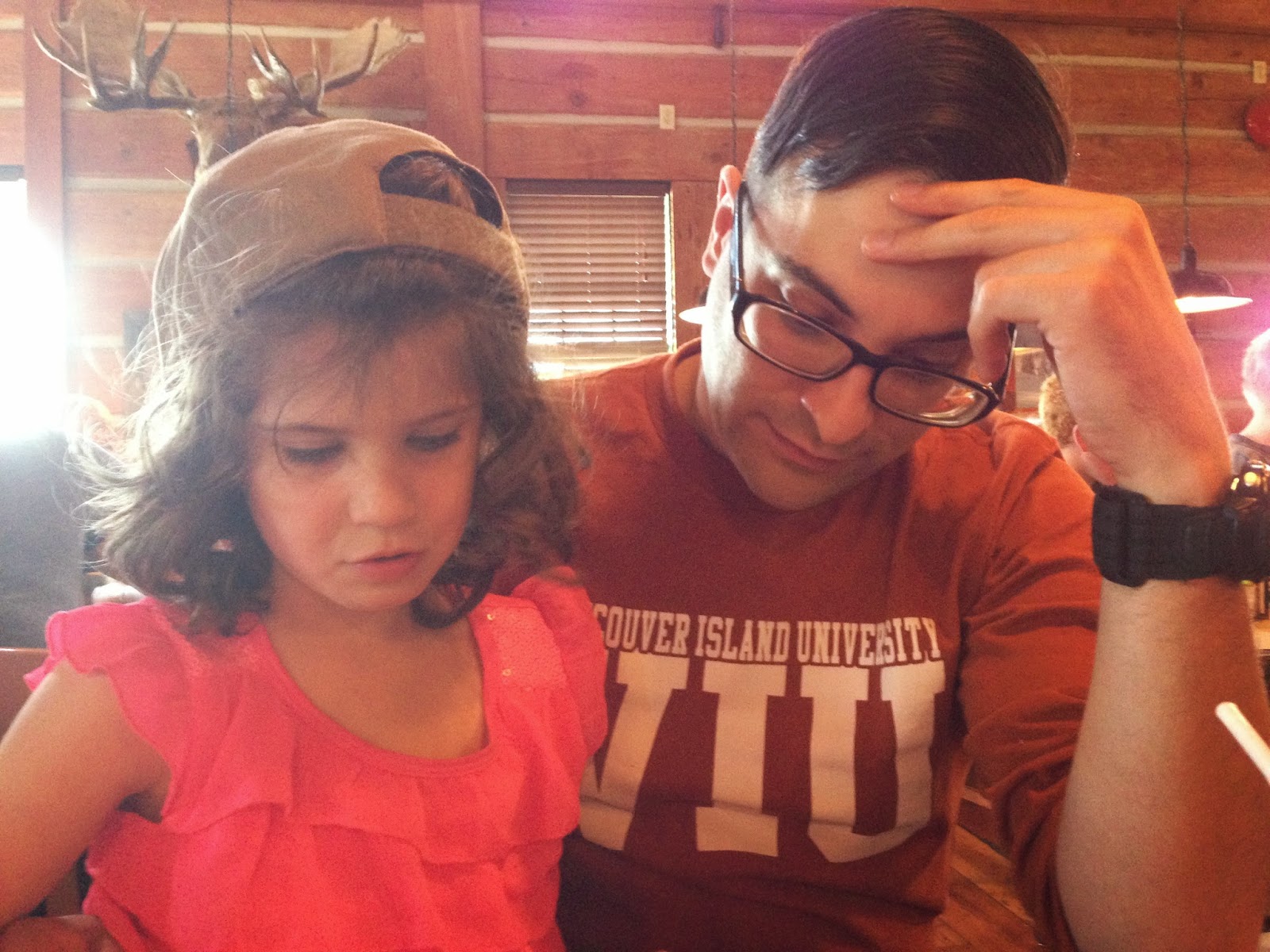 Every day you come home from camp with great stories of what you have done that day. You always have so much fun, and no wonder: the camp schedule is jam-packed with enjoyable, and sometimes educational, activities. This week alone you’ve gone ice skating and bowling, had a science day and a summer sports games day, and enjoyed a pancake party! No wonder Dad wishes he could go to summer camp, too! 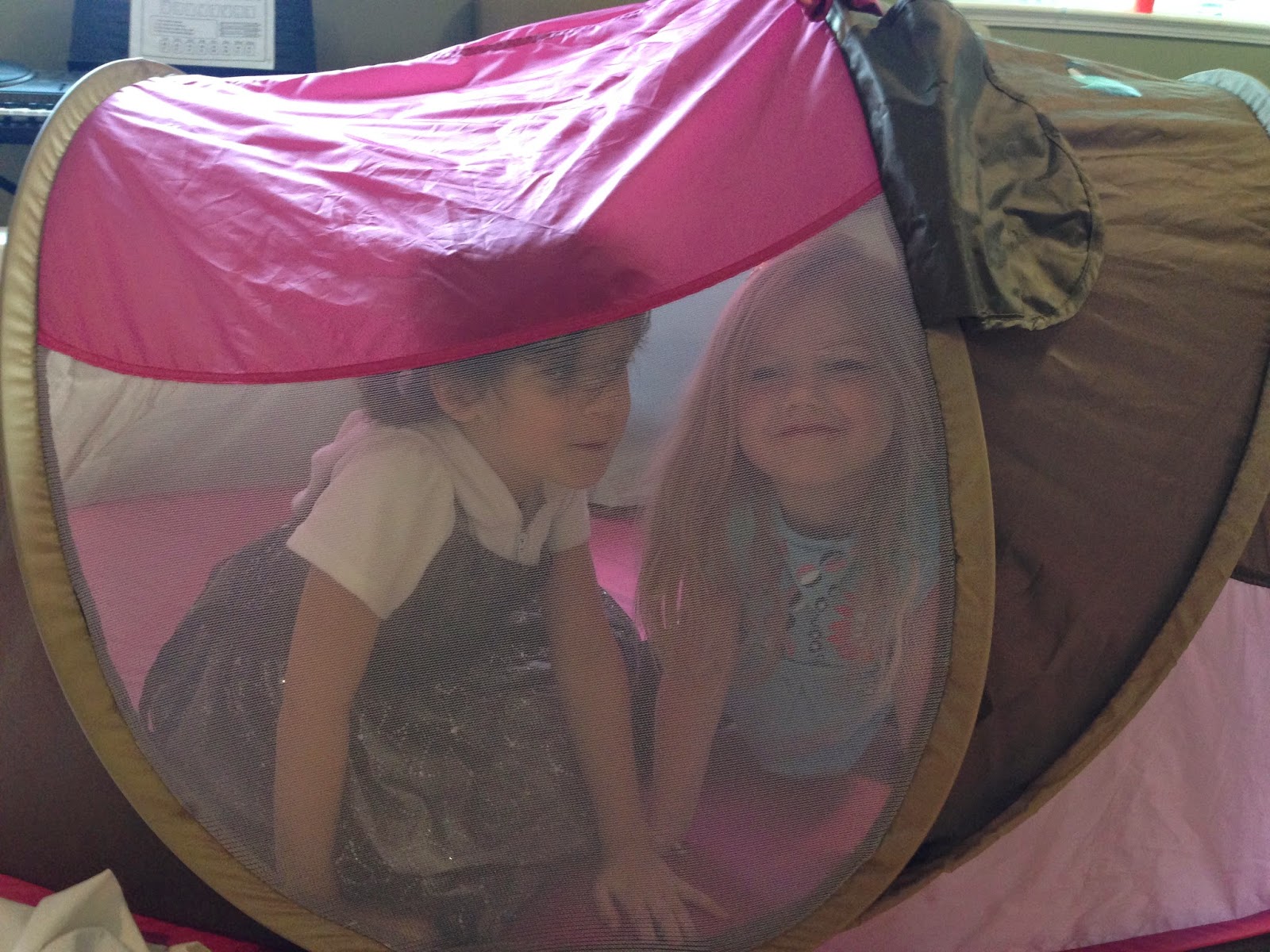 Another sign of your independence is the shrinking of the bedtime routine. As your interest in reading has grown, you have started to request that you be allowed to read for a while after I tuck you in and say goodnight (in addition to the story I read you beforehand). Because you are excited about getting to read, and because my tucking-in and prayer-saying and lullaby-singing is no longer the last thing you do before sleep, you are way less interested in drawing out that part of the routine. Many nights, all you want is a quick hug and kiss and then for me to get the hell out of there so you can do some reading. Sometimes this is a relief for me as I have lots to get done, but I’m also not going to let go of our nighttime snuggles without a fight! I can see the time coming – it’s distant, but it’s coming – when I will just have to say, “Time for bed, honey, goodnight,” and you trot off to take care of all your nighttime routines yourself with no assistance from me. So I better get those cuddles while I can. 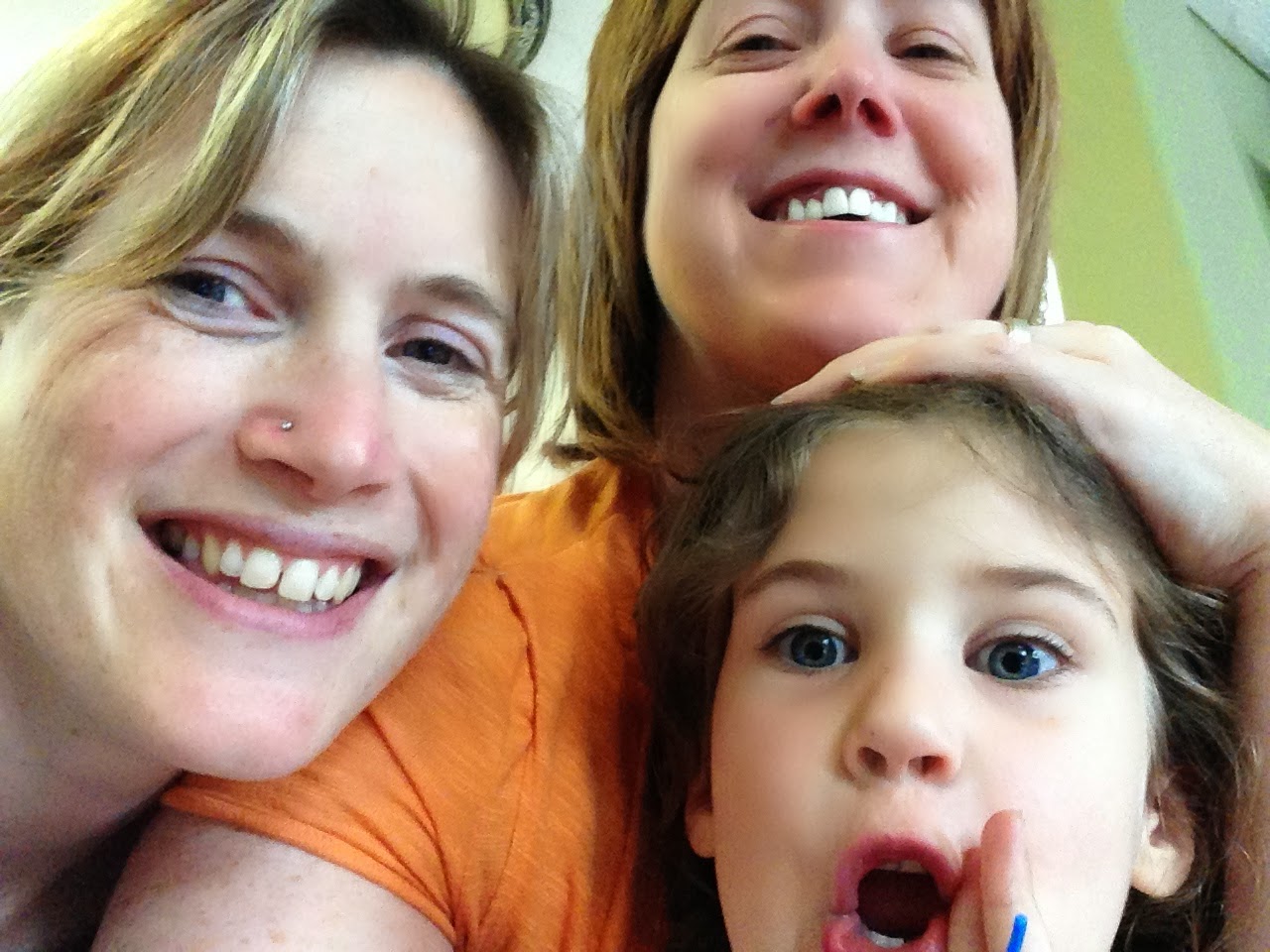 Earlier this month you took swimming lessons. Sea Otter is the first parent-free level, and the one that most kids have to take multiple times before they pass – this was your second time at the class. Back in March, when summer registration began, I signed you up for the daily-lessons-for-two-weeks format, rather than the twice-a-week-for-six-weeks format, because I didn’t know what our vacation plans might be and didn’t want them to interfere with lessons. This turned out to be a BRILLIANT plan, and I would never go back to the other lesson format. The consistency of going swimming every single weekday worked so well for you. You enjoyed the sure knowledge that every day was a swimming day, and you were able to retain the learning so much better. To nobody’s surprise, you passed with flying colours and will be moving on to Salamander next time around. One thing I noticed with your lessons, though, is that you were consistently far more interested in swimming around and doing your thing than you were in listening to your teacher. Your swimming ability is incredible, but focusing and listening to safety rules is important too. 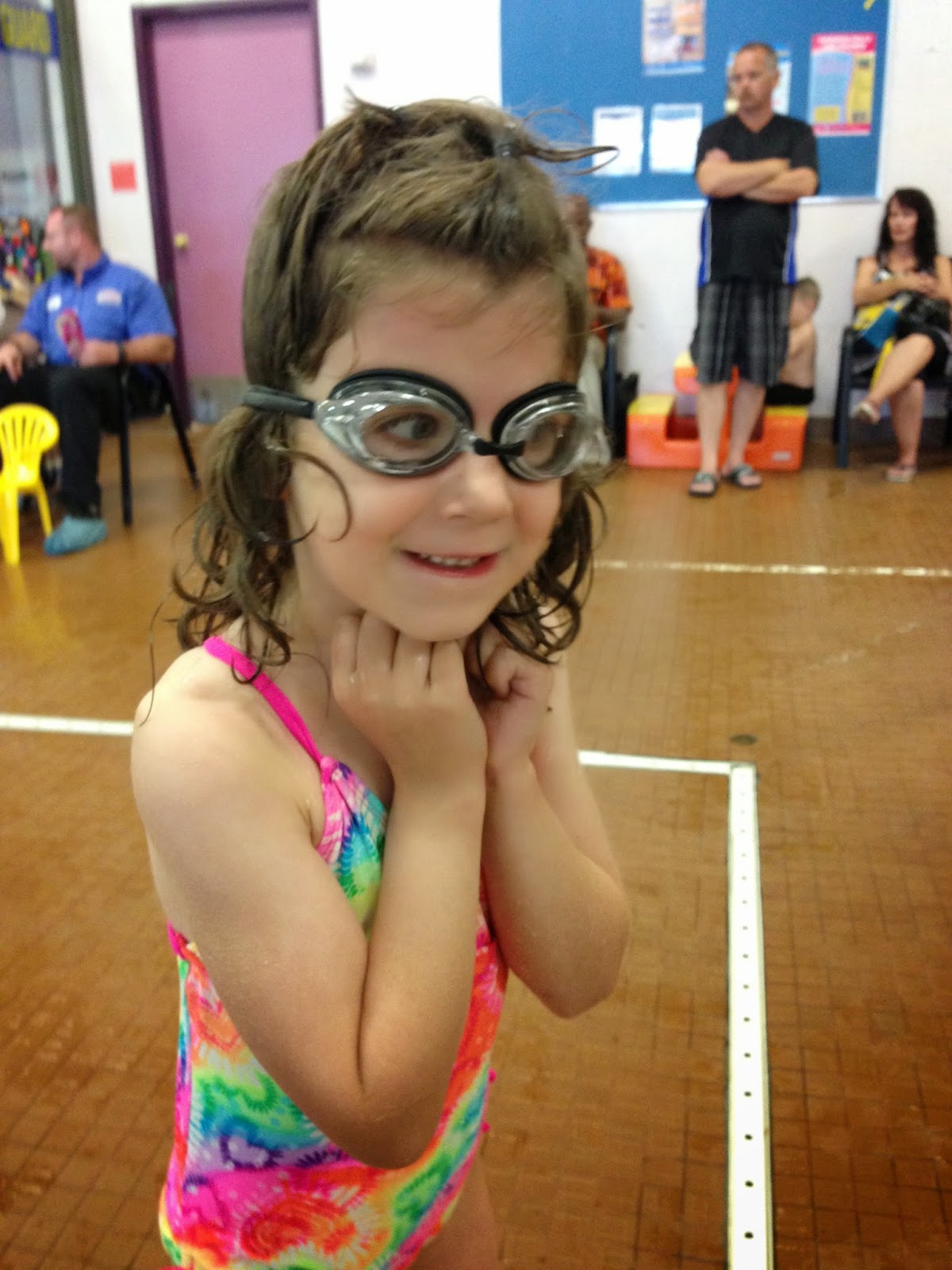 This month we discovered that you can quote entire chunks of dialogue from The Lego Movie. I have decided that I very much prefer watching your renditions than watching the actual movie. It is pretty hilarious! 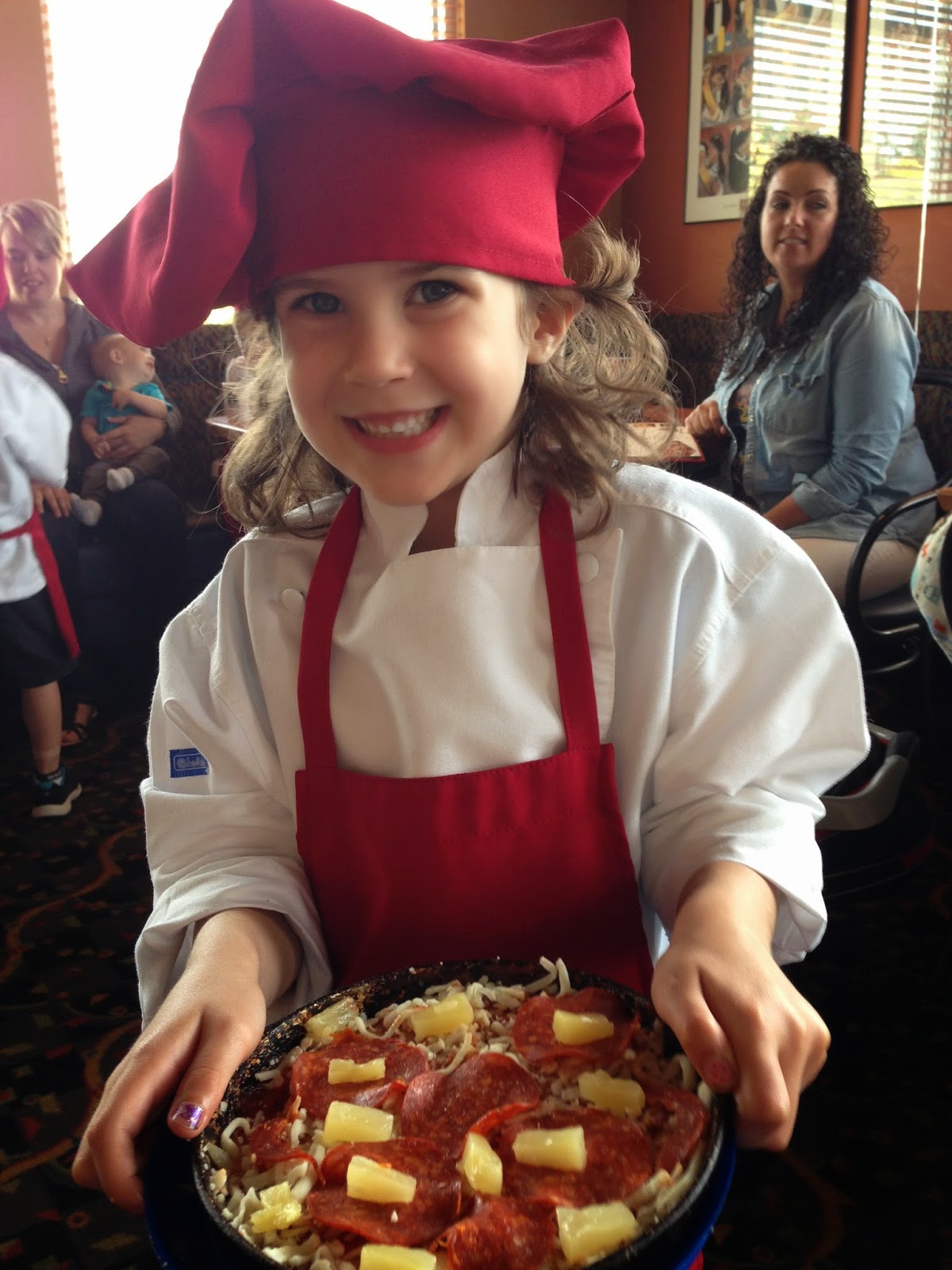 One thing we have struggled with lately is that you are starting to get kind of spoiled, with all these great adventures going on. I’ve noticed this with you before, and I’m sure lots of people could point out that it’s a widespread phenomenon with “kids these days”: a real attitude of entitlement. Where it bugs me the most is when we go out and have a super fun, Gwen-centric day together and everyone’s having a great time and then suddenly you decide that you want ICE CREAM on top of everything and if you don’t get it, you are devastated and furious and inconsolable and hell-bent on destroying everyone’s good mood. Instead of being grateful for all the stuff that went RIGHT, you are enraged about the one or two things that didn’t go your way. In an effort to curb this habit, we are really encouraging you to be more grateful, both inwardly and outwardly: insisting that you say thank you at EVERY opportunity, and also reflecting before bed on at least five things you are grateful for that day. You often list things that are really thoughtful and lovely, such as “parents who love me,” so hopefully you will start to make gratitude a habit and lose the entitlement attitude. 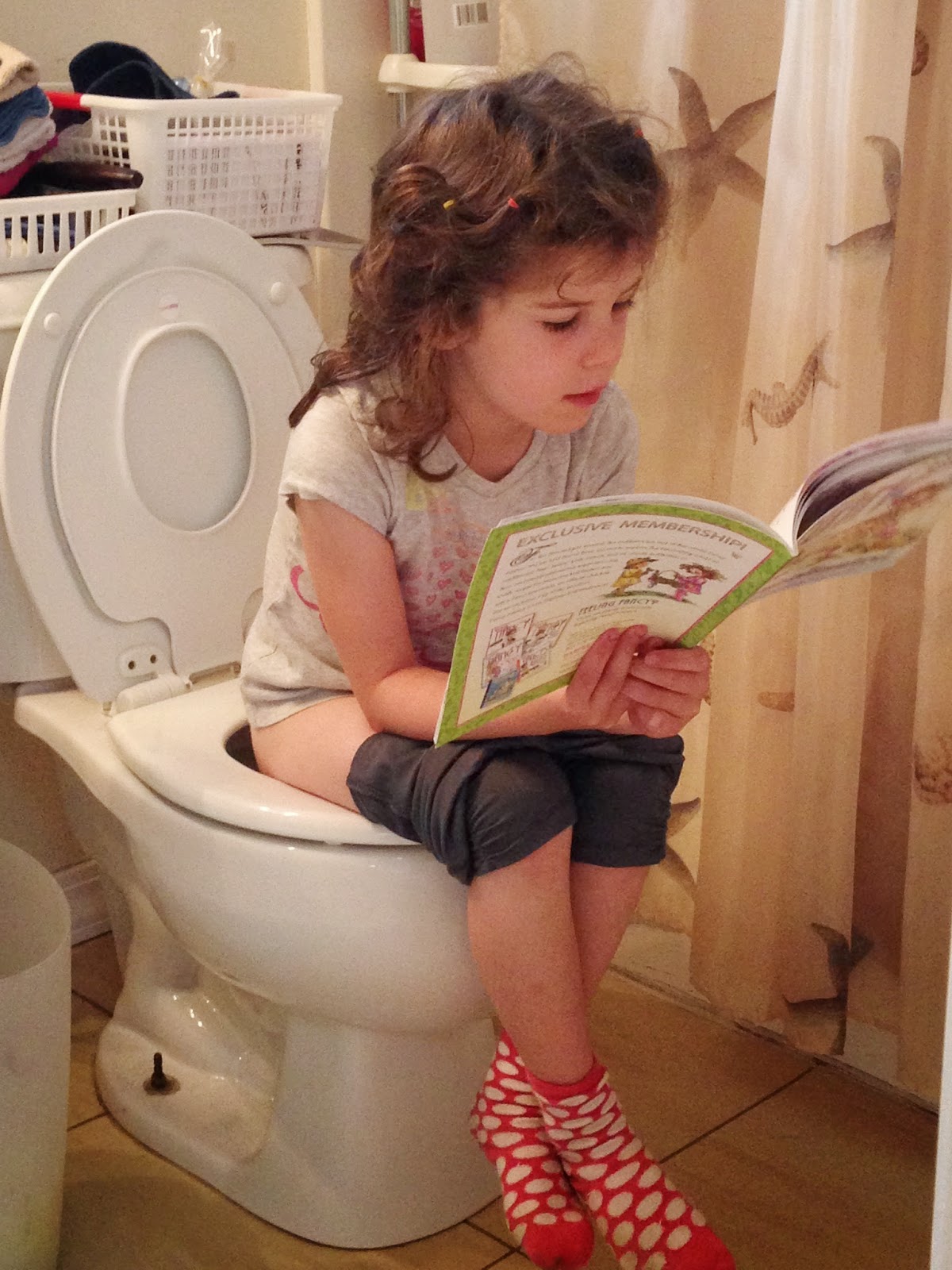 Well, it’s been a great month as always, Gwen. We love you so much and are so proud of you. Till next time!

Love,
Mama
Posted by adequatemom at 9:19 AM No comments: