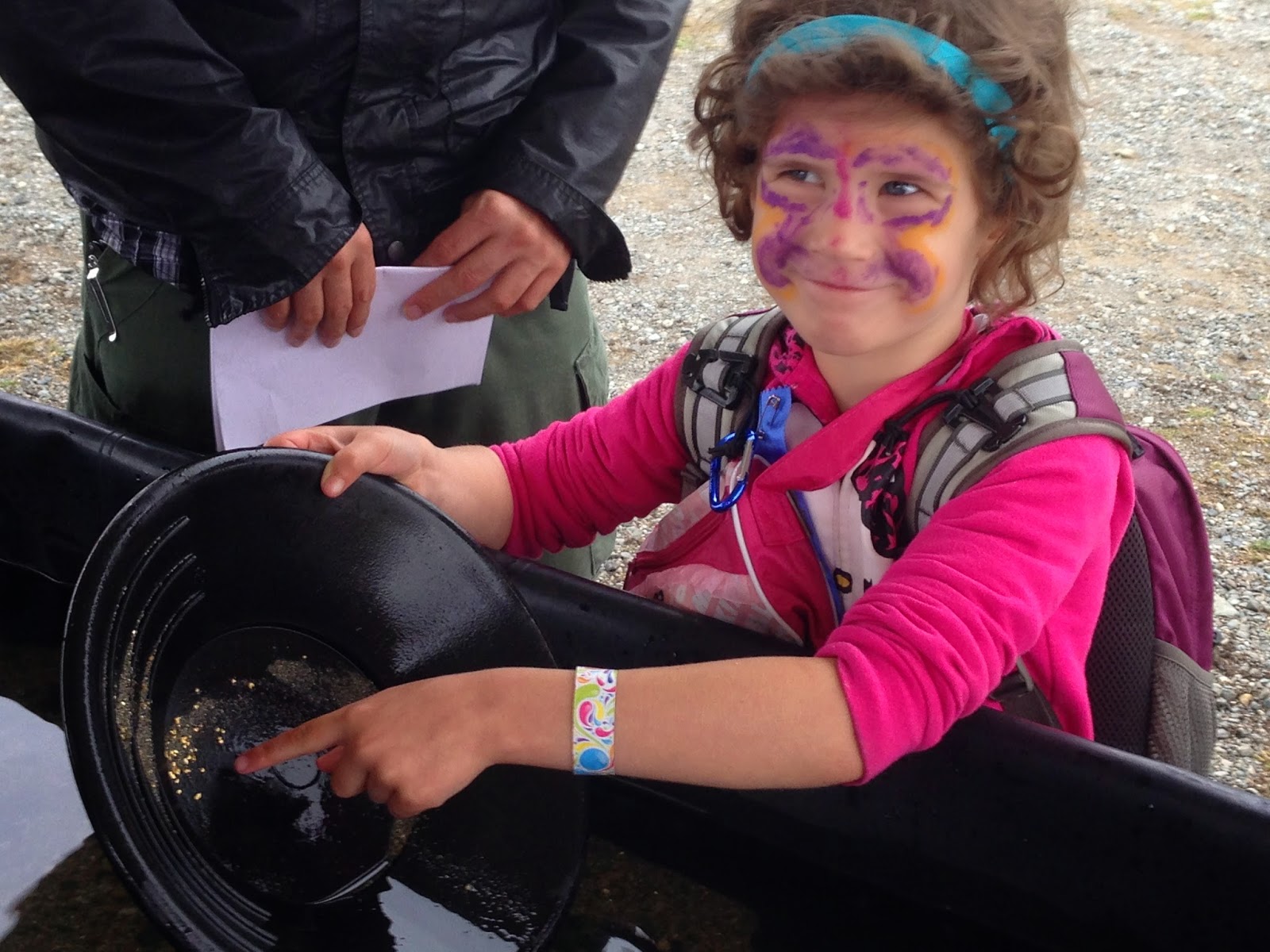 This stage is proving very difficult for you. Part of it may be the change of routine that happens in summer; part of it may be different sleeping and eating habits. But I think the largest part of it is that YOU ARE SIX and there are crazy hormonal things happening in your body and they make you MISERABLE. You have been throwing tantrums the likes of which I have not seen since you were three years old, and since you are now twice as big, twice as loud, and twice as strong, THESE TANTRUMS ARE AWFUL. Many times you have kicked or hit me – sometimes because you were just busy flailing and didn’t think about who might be near you, but other times quite deliberately because you wanted to hurt me. Your dad and I still love you madly, but you are sometimes not easy to like these days. 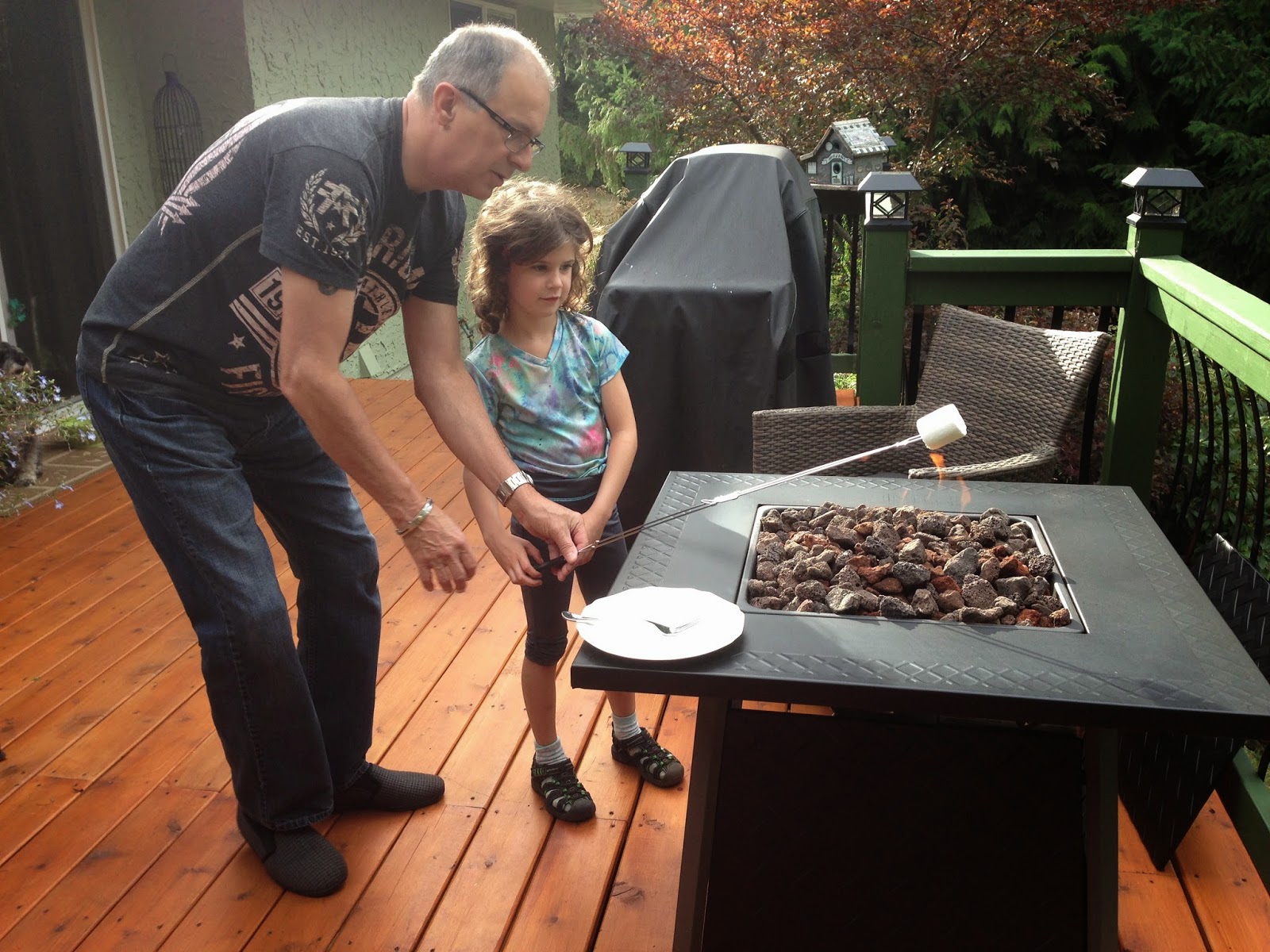 Here is an example of the rapid and violent mood swings you are subject to, these days. One day, I asked you to clear some of your art supplies off the kitchen table. You were happy to do this. I even volunteered to move the bead project that was under construction, as these are very difficult to move safely and I knew you would be upset if it tipped over. You asked, “Where did you put that bead project?” and I showed you. You then moved to place the big box of beads you were carrying on the shelf right next to your project. Unfortunately, I could see immediately that there wasn’t enough room on the shelf as it was too narrow for the box, and that if you were to let go it would fall, probably opening and/or breaking and spilling your carefully sorted beads all over the floor. I quickly said, “Wait, Gwen, that shelf isn’t big enough.” Before I could finish by suggesting that you use another shelf to store your beads, you flew into a rage. “You want me to put it on my desk! But there isn’t enough room on my desk! Look, my desk is a mess! There’s way too much stuff on it!” While saying this, you swept your arm across the desk and pushed art supplies, projects, and more onto the floor, then continued your tirade. I kept trying to interrupt you and show you the shelf I thought your beads could go on, but you wouldn’t hear a word of it. You stormed across the room and flung your whole body onto the couch (which is something you KNOW you’re not supposed to do, as it could break the couch) and continued raging. I walked towards you, still trying to get you to hear reason, and that’s when you struck out and kicked me, HARD, on the wrist. Immediately, I sent you to your room. My wrist was throbbing, and I was close to losing my temper. The entire incident had taken less than thirty seconds – that’s all the time it took for you to go from cheerful and compliant to raging and violent. 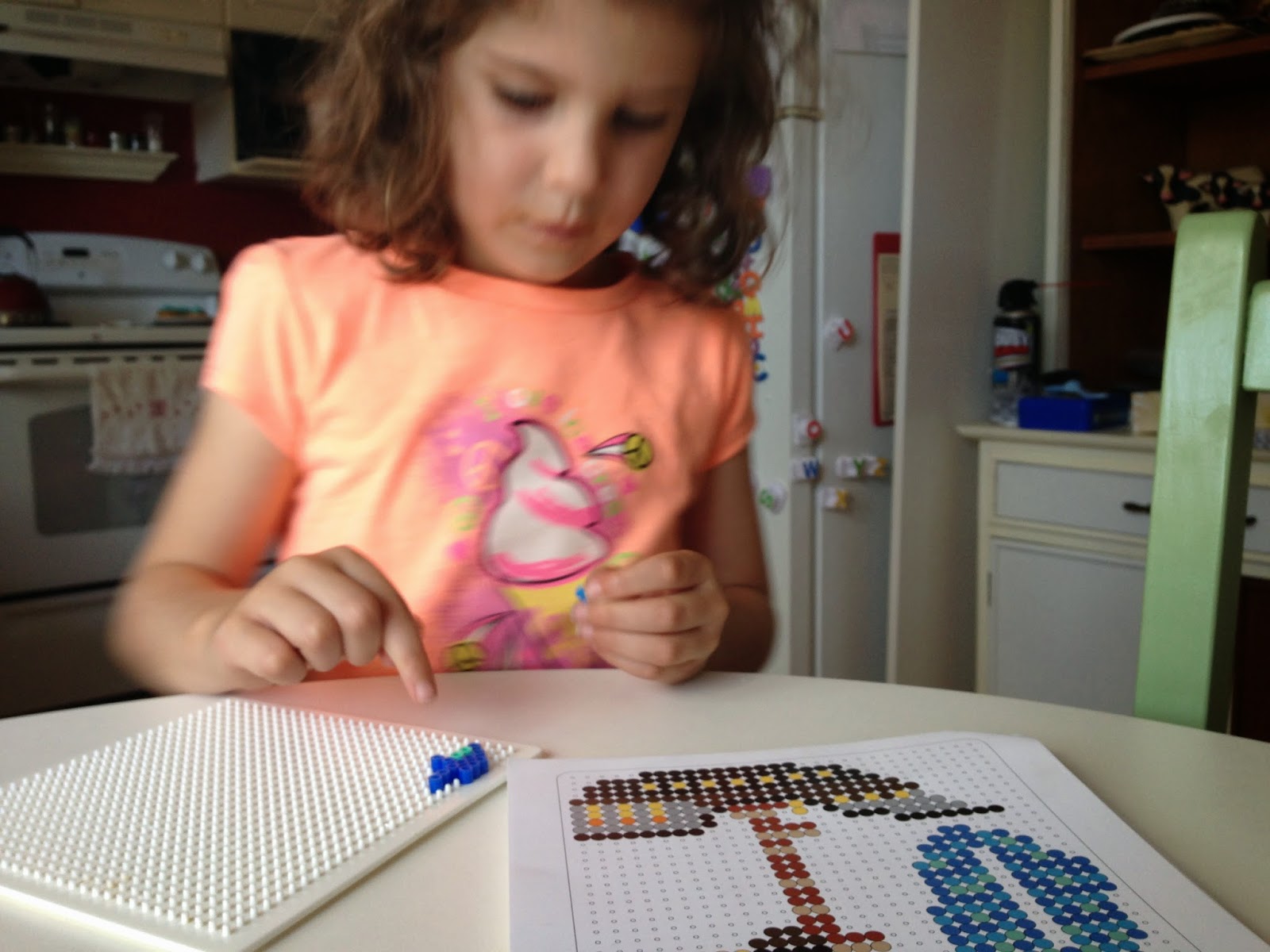 The tantrums have also happened at other places. When I was on vacation earlier this month, we went to a number of playdates together. Two of the playdates included enormous tantrums from you – fortunately, neither of these fits were of the hitting-other-people variety. Instead, you stormed off to be on your own while you sulked and sobbed about whatever particular injustice had set you off (in one instance, it was the fact that your friend was better than you at pumping his legs on the swings). While I applaud the fact that you removed yourself to go work through your emotions, I don’t like it when you walk out of my eyesight in a public place, nor do I appreciate your expressing your emotions by rolling around in the dirt of a playground. Again, this seems like behaviour more appropriate for a two-year-old. 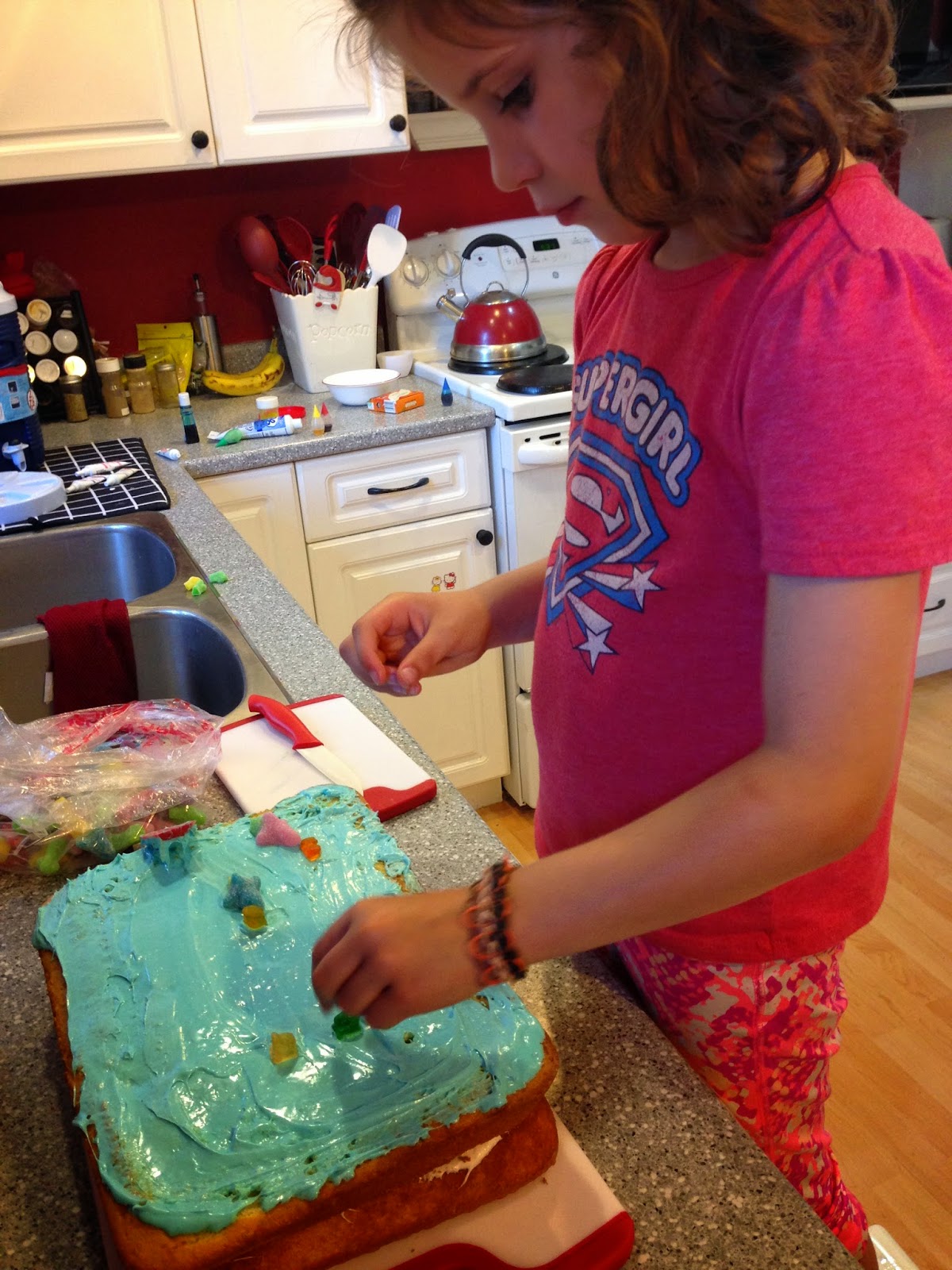 But the more I talked to other parents, the more I discovered that this was pretty typical for your age. Apparently six is pretty nasty, across the board. Why no one told me this ahead of time, I don’t know, but now that I know this, it’s a little easier to accept, all the while hoping madly that the storms will pass soon. It really seems hormonal to me: you are acting for all the world like a fourteen-year-old with wicked PMS. Your dad has a theory that kids who are really difficult at this stage will be easy as teenagers. I guess we have seven more years before we find out if he’s right. 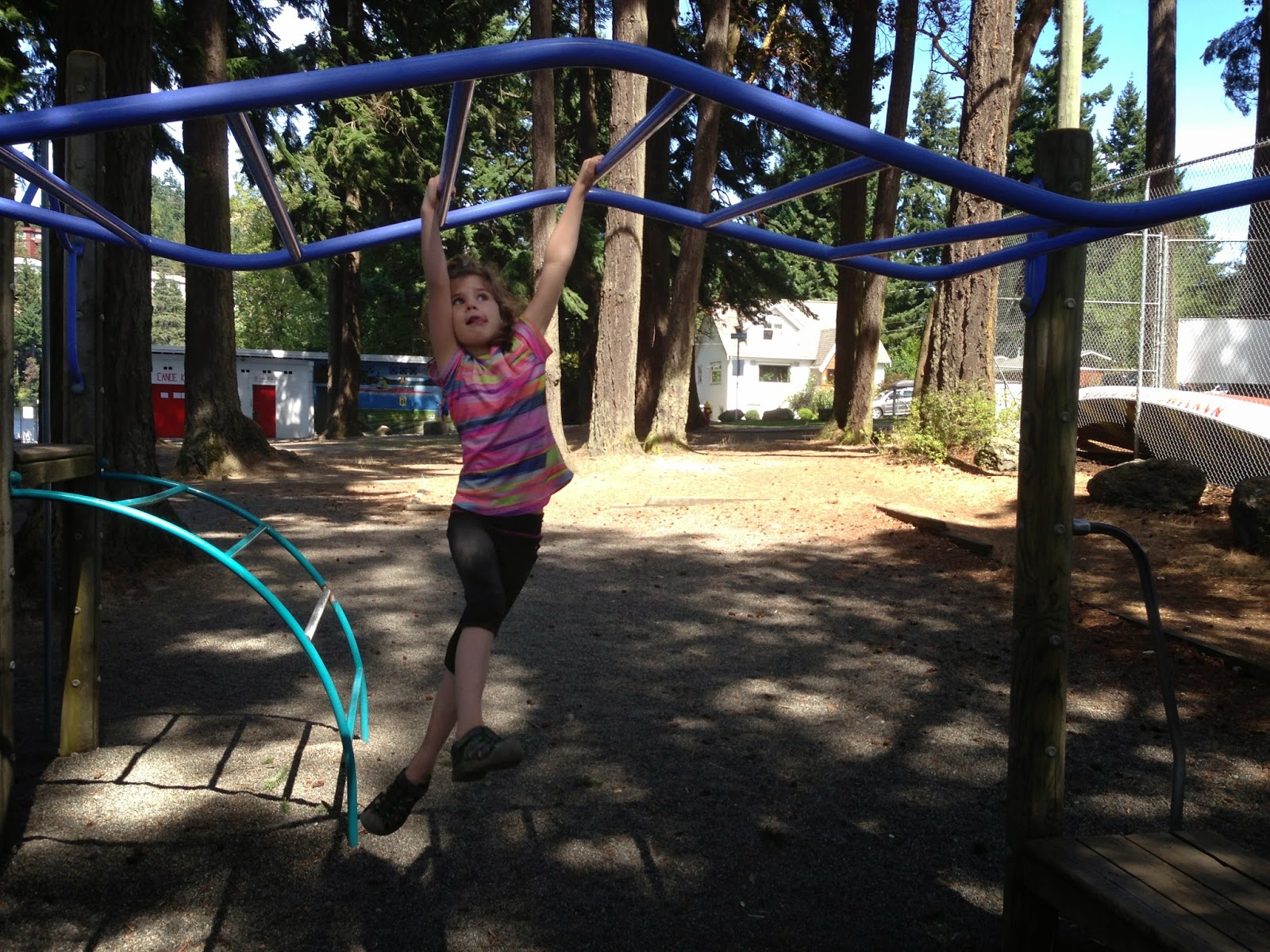 Enough of the negativity, though. This month has also been full of a lot of fun times. It started off with a trip to Powell River to visit Grannie and Grandpa, and for the first time ever, stay with them all by yourself for a couple of nights. You were nervous about this idea at first, and we spent many weeks talking about it and boosting your confidence so you would be ready. When the time came for Dad and I to say goodbye to you in PR, you were very happy and excited to spend time on your own with your grandparents. While in Powell River, you played mini-golf, went to the farmers’ market, rode on a small train, watched movies, and ate many ridiculously delicious treats. Grannie and Grandpa say you behaved perfectly (!!) and were an absolute delight to have around. You say you had a great time and will definitely go back next summer. I’m hoping that next time around we can leave you for four to five nights, which will end up being enough of a break for us to actually be worth all the back-and-forth travel, and maybe even save us some money on summer childcare.

When your grandparents brought you back to the Island, the four of us (poor Dad had to work) went to Chemainus to see the murals. We ended up doing a horse-drawn carriage ride, which wasn’t really part of the plan but turned out to be a terrific idea, as the tour guide gave us so much information about the murals that made them so much more enjoyable. It was a really interesting and educational tour – plus, you know, a HORSE! It was a lovely way to spend the day. 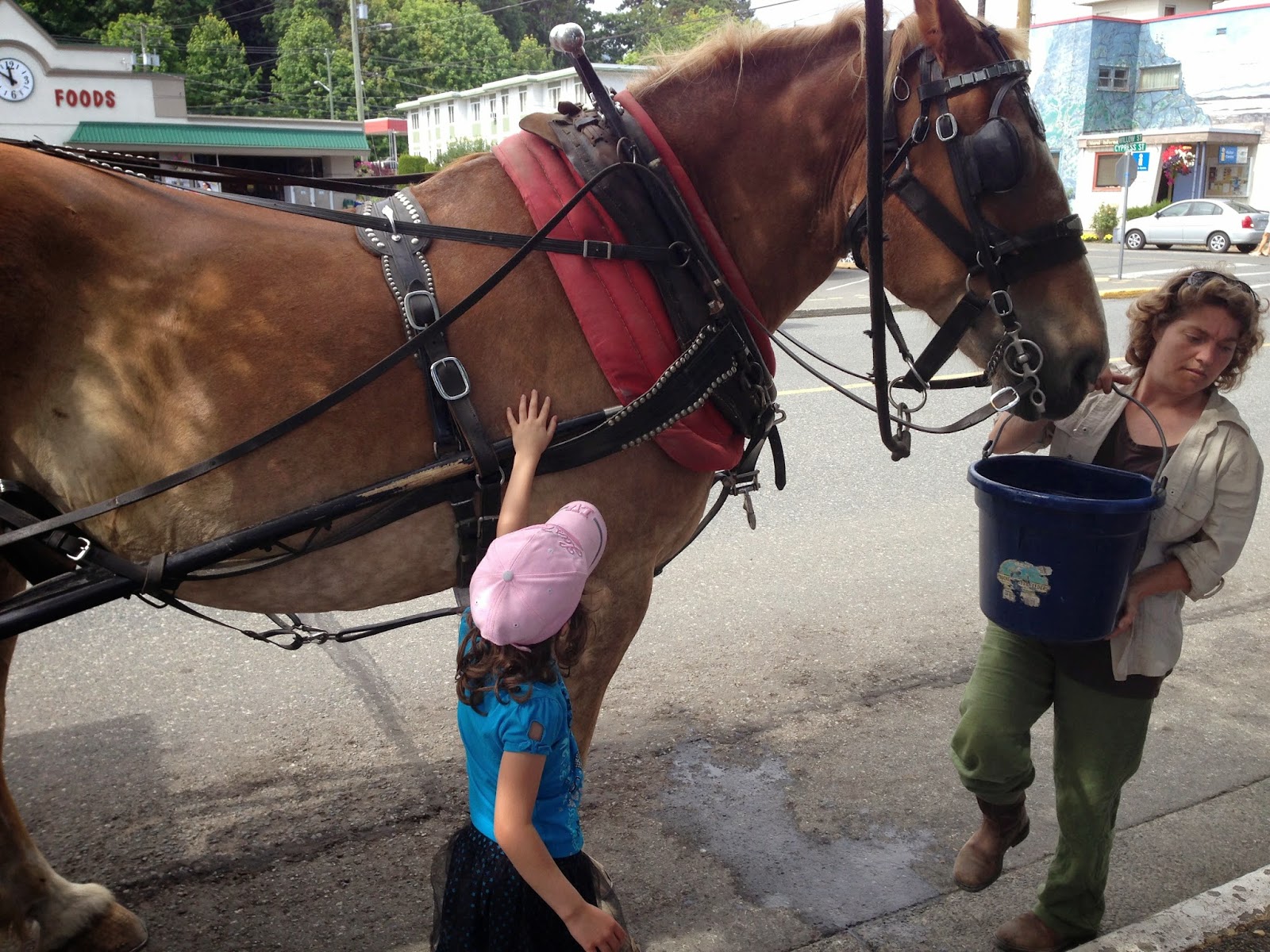 One fabulous Gwen moment I need to record happened while your grandparents were visiting after your time in Powell River. We were talking about birthdays, and since you have recently learned the actual month and day of your birthday (instead of just saying it is in the Spring), I was quizzing you about it. You correctly named the date as April 24th. “What year?” I asked. “Every year!” True enough! 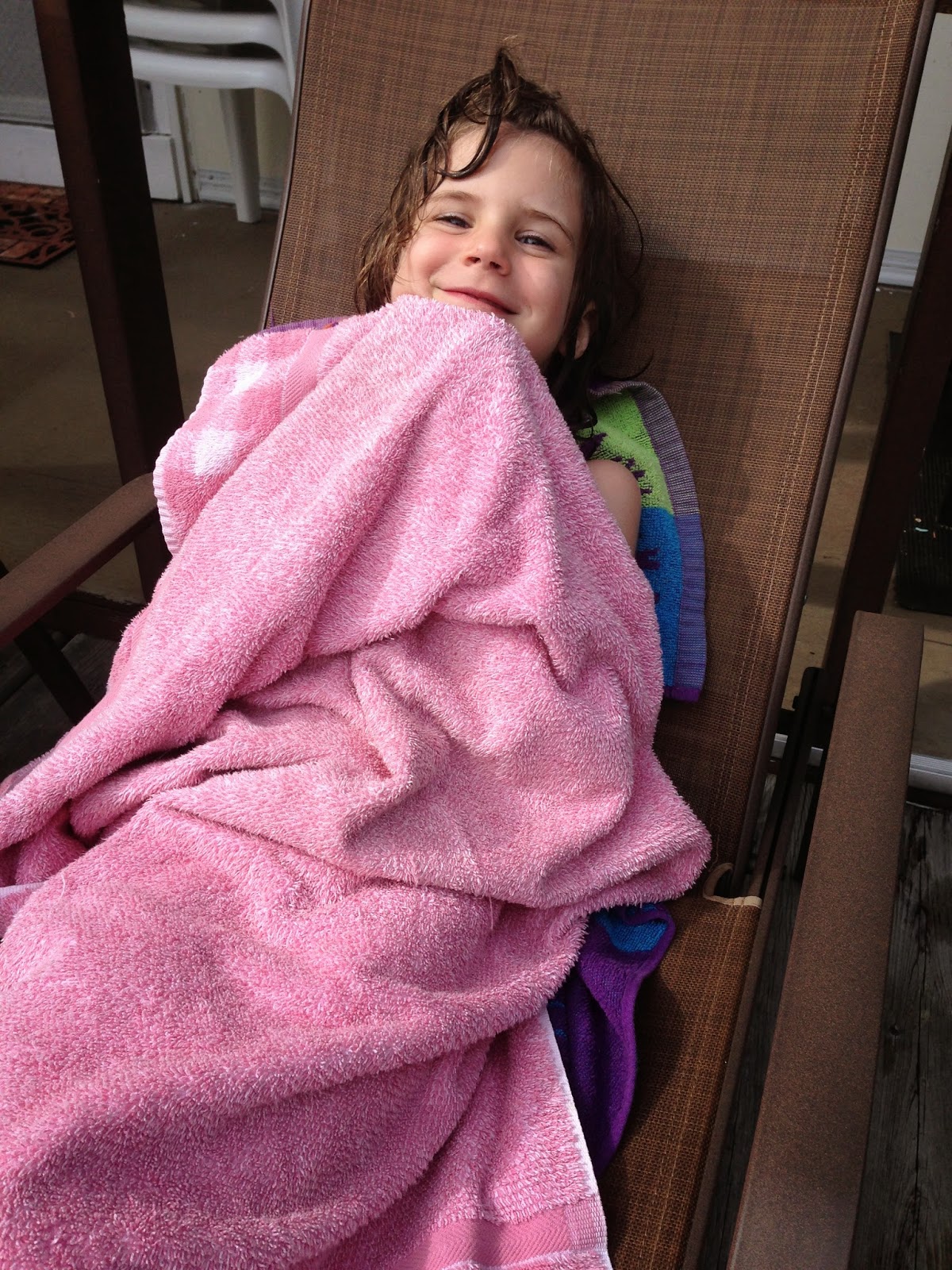 The next couple of days, in addition to various playdates, also held a new experience for you: I’d signed you up for a “Body Smart” sexual health workshop for you to learn about your body and how to take care of it. The workshop was held outdoors at a park for one hour a day for two days. I was really impressed with the program leader, who did a great job of engaging the kids and keeping things at an appropriate level. You learned about the proper names for your body parts, which is not new for you, and about different kinds of touches (safe, unsafe, and secret), which was new for you. I think you enjoyed the class, especially the two songs we learned (My Body is My Body and I Love My Body). 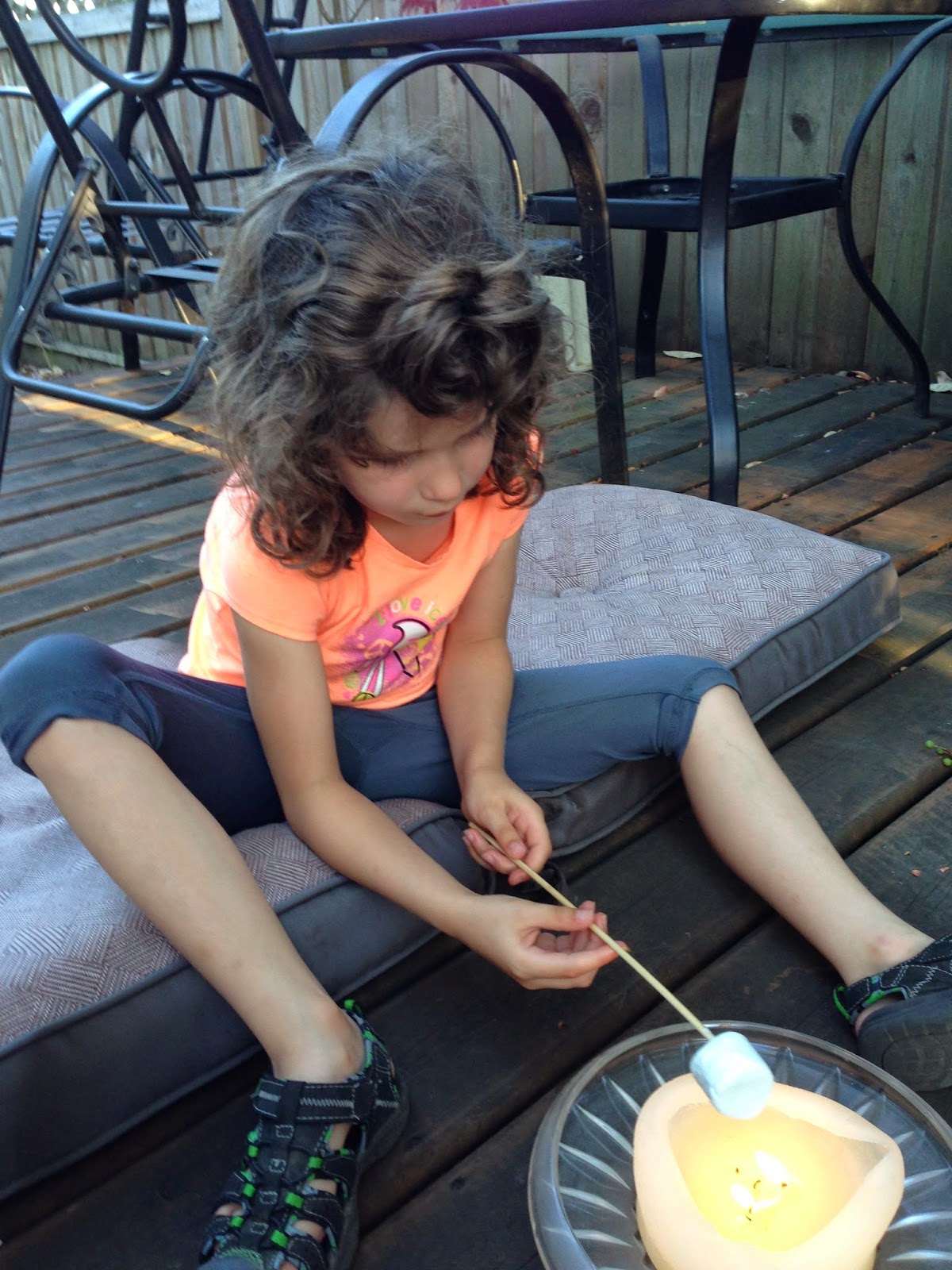 You have often said that you wanted to have a beach party, and this month, we finally did it. We invited a bunch of friends to meet us at Long Lake for an afternoon of fun, food, sun, and swimming. It was a great time! We might have to make that an annual tradition. 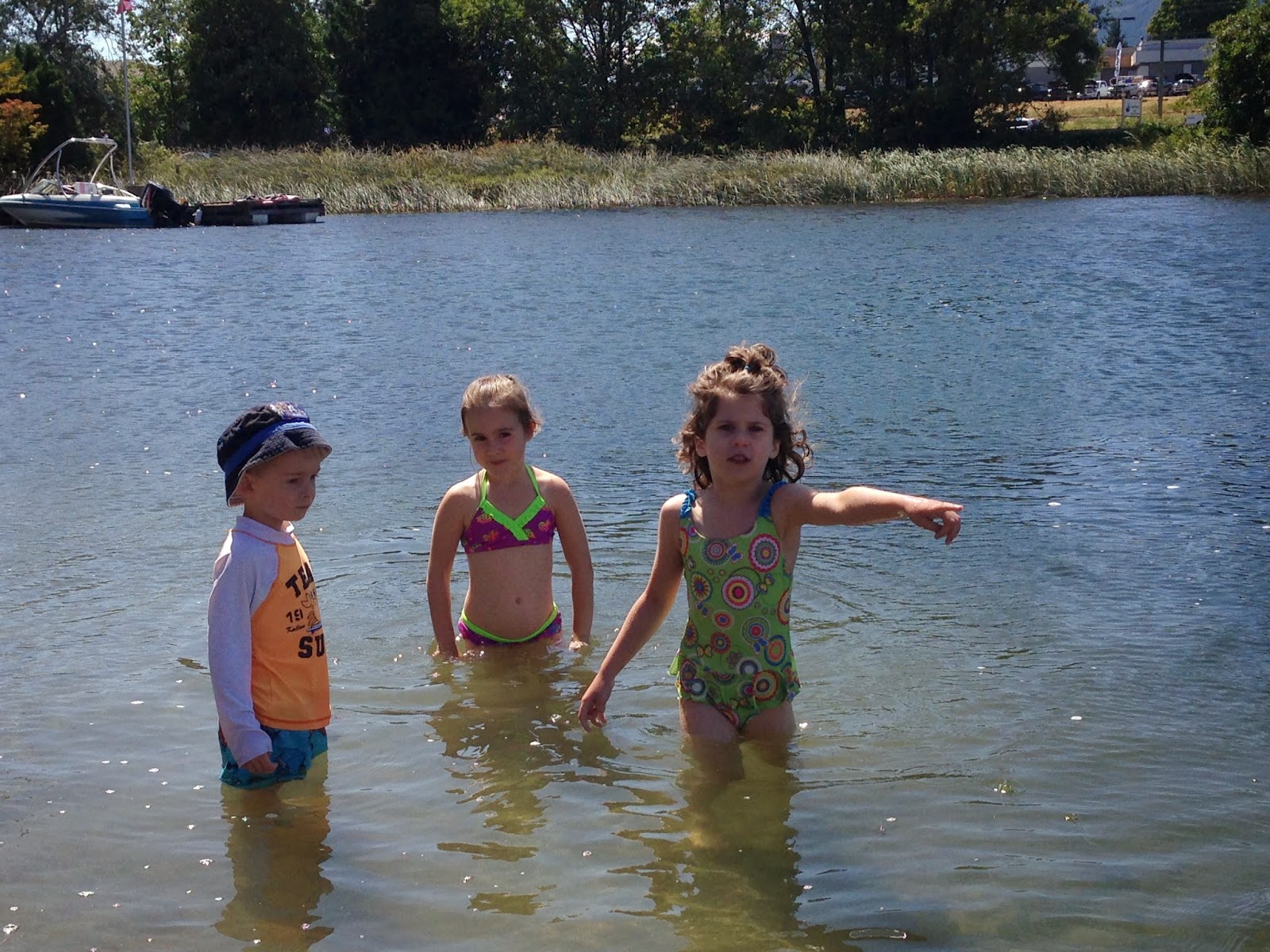 And the final adventure of the summer was, of course, the Vancouver Island Exhibition. We had an absolutely great time at this event! We enjoyed midway rides, great entertainment, delicious (and very unhealthy) food, interesting exhibits, and all manner of fun. There is always so much to see and do at this fair. I think your favourite thing was the “Farmer for a Day” game in the Kid Zone, which you probably did about 12 times in the two days we attended the fair. For some reason, you are kind of obsessed about milking cows, and after milking the plastic cow for a while, you wanted to move on to the real thing. It turns out you can’t do that at the fair … in fact, the only cow-milking that goes on is done by machine, which did NOT impress you. But by sheer luck, we were in the right place at the right time to milk a goat, so at least you got to milk something! 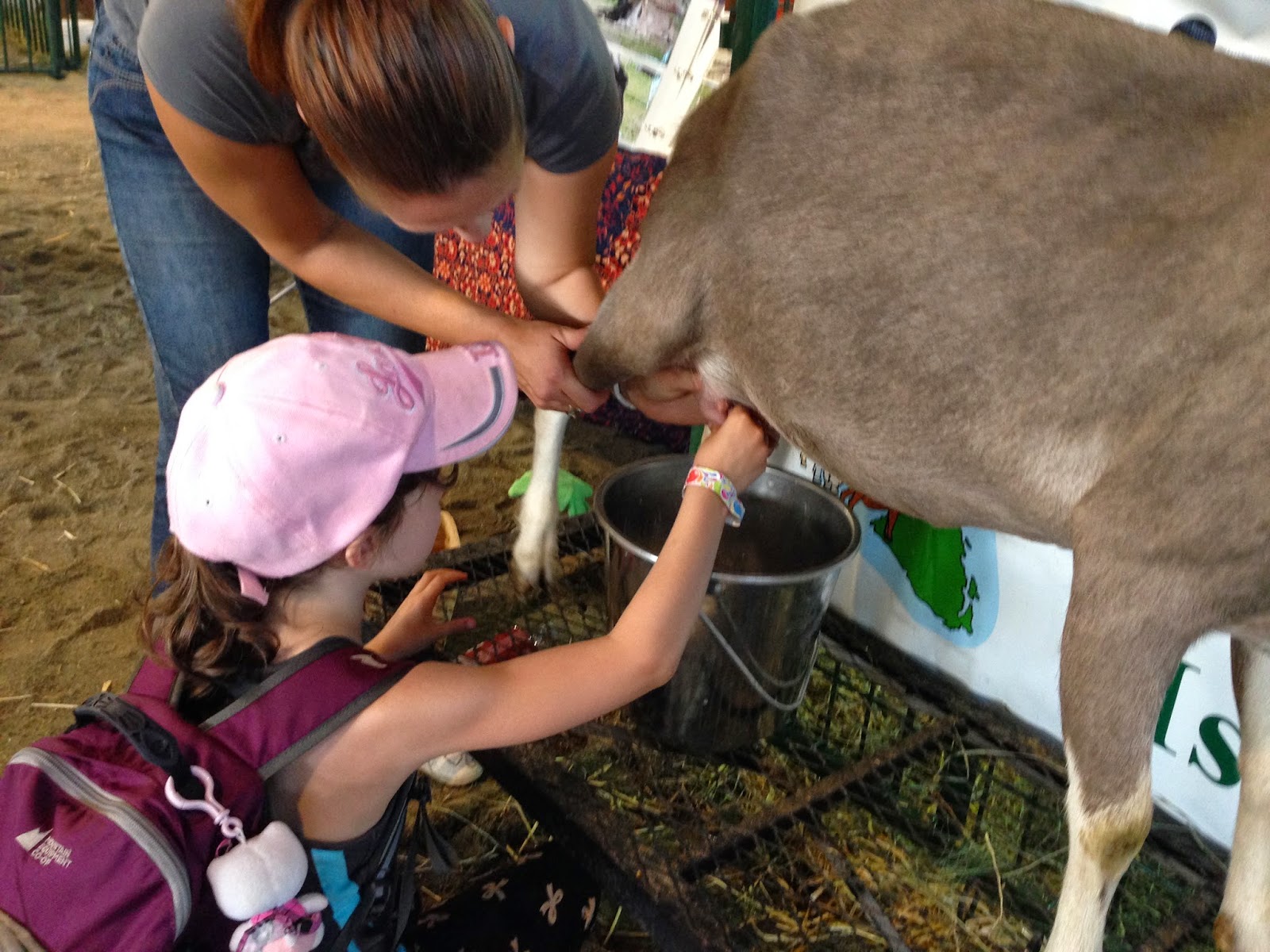 What a full and fun month. I guess your dad and I just wish that all this fun and enjoyment would lead to better behaviour and appreciation, but that doesn’t seem to be the case at this point. We’ll keep trying. Next month will hopefully see the beginning of Grade One for you, and a whole new set of transitions and activities, with all the challenges that will bring. Even on the difficult days, we love you and are proud of you and will keep doing our best to teach you what you need to know. 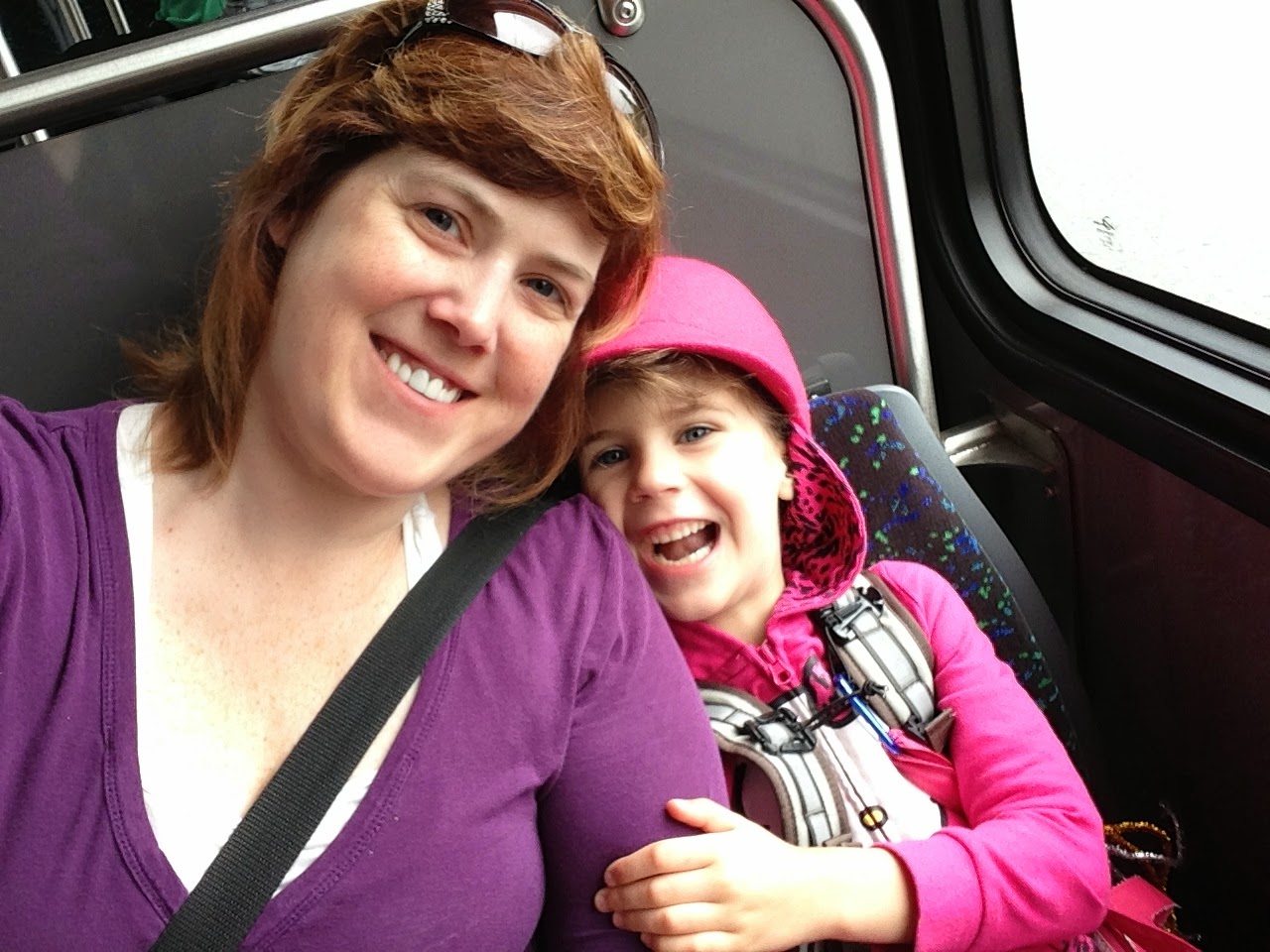 Posted by adequatemom at 8:30 AM No comments: