Gwen’s current fixation is the movie “Hotel Transylvania”, which is about a young vampire girl, Mavis, who longs to explore the world outside her castle. Gwen is no stranger to this dark/spooky aesthetic: the very first movie she loved enough to call her favourite was “The Nightmare Before Christmas” – a movie most two-year-olds, as well as kids much older, find too scary. She also adores “9” which I don’t think was EVER meant to be watched by kids, being a thoroughly dark and frightening post-apocalyptic quest of a movie. “Hotel Transylvania” is, in comparison, fairly light – in that, you know, no one DIES or anything.
Anyway, Gwen has been referring to herself as a vampire for a year or so, now, and has requested that we decorate her new bedroom to look like Mavis’s castle. We are geeky can-do types, so we’ve agreed in principle (haven’t actually managed to get to the décor stage yet with our unpacking and organizing processes).

The bathroom, though? I’m not convinced. The countertop is brown, and that’s not something we can (or want to) replace, so I’d kind of like the décor to suit that. That’s pretty much the only stipulation I’ve made (in my own head, because it’s not like anyone else listens to me). I did promise Gwen that she could pick out her own shower curtain and décor for the room. I thought she might choose something like these: 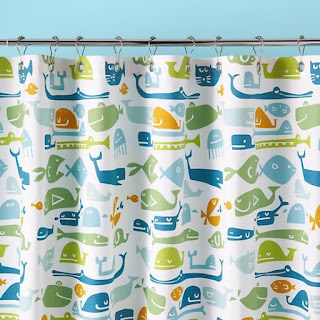 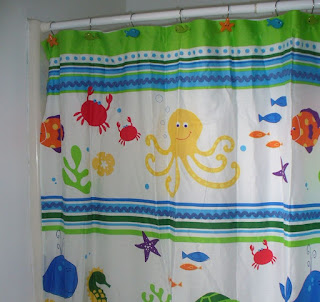 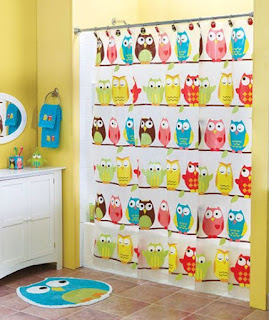 But no. My charming little badass girl wants this one: 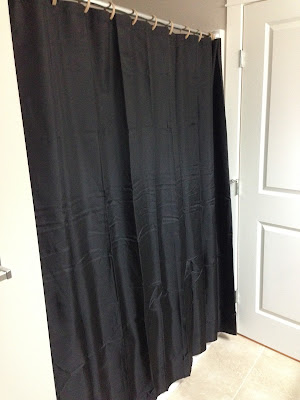 I bought the stupid black shower curtain and went to pick out towels, where Gwen continued to insist that BLACK IS THE ONLY COLOUR WORTH HAVING and I grumbled inwardly about how stupid the bathroom was going to look. Then my mom pointed out that the black towels would all have to be washed separately from any other towels or indeed, any other laundry that we own. That is just plain NOT GONNA HAPPEN. So I put all the towels back and told Gwen that she could try out the black shower curtain for a few weeks, see if she really liked showering in the dark, before I committed to buying matching linens and décor.

All of this has caused me to wonder why I care about bathroom décor in a bathroom I don’t even use. I don't have any answers for that, but I did sit the kid down with an iPad the other day and we did a Google Search for "fun shower curtains", just to open her brain a little bit. She was excited to know that there are shower curtains for all kinds of hobbies and interests, including: 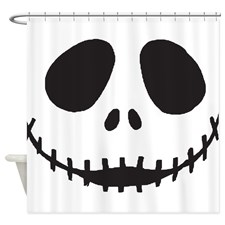 And many, many more! 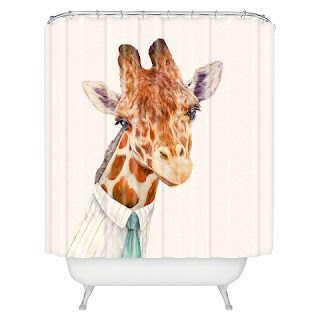 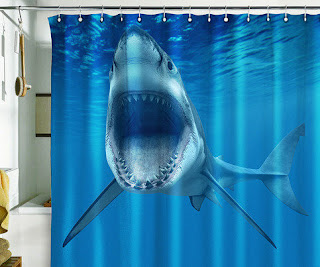 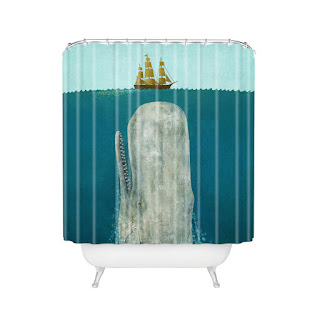 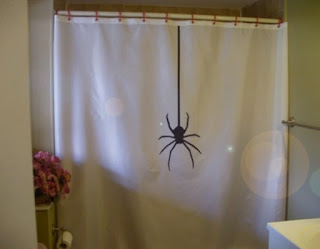 Anyway, hopefully she now understands that there is a whole world full of fun, ridiculous, colourful, or at least interesting options out there, and we will be able to agree on one of them. Stay tuned!

Posted by adequatemom at 8:19 AM

That unicorn one is hilarious! Good luck with this! I would also hate a black shower curtain.