Today you are forty-seven months old. 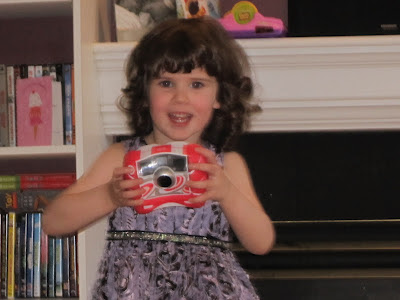 For the most part it's been a really fun and fascinating month. You are getting more and more fun to hang out with and it's so cool to hear you express your own unique view of the world. Your sense of humour is also growing in leaps and bounds, and you have a new, flawlessly-told joke to prove it. 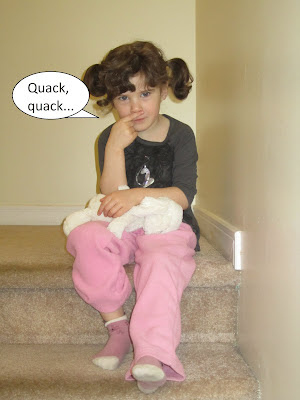 Gwen: Guess what I am.
Unwitting straight person: A duck?
Gwen: Nope, a duck with a mustache.

This joke is made even more hilarious when you occasionally put your finger in the wrong spot, above your nose instead of below it. (Duck with a monobrow?)

You say plenty of other hilarious things that you don't intend to be hilarious. For example, a few weeks ago you were reciting some lines from one of your very favourite movies, The Nightmare Before Christmas (known in our house as "The Jack Show"). I piped up with my best imitation of one of the characters, and you burst out laughing. "Mama, I didn't know you could speak Halloween!" you shrieked joyfully. Then it was my turn to burst out laughing. Another funny incident was when I served nachos for dinner one night. You don't like ground beef, so I tried to pick out nachos that had the least amount of beef possible to put on your plate. However, upon finding some beef hiding in between the nacho and the blanket of melted cheese, you declared, "Well! That was unexpected." 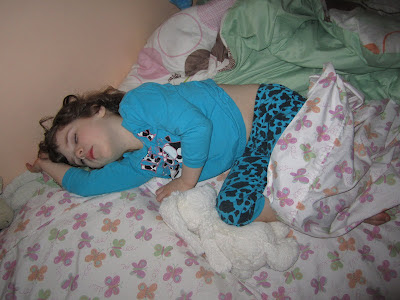 I think spending so much time at home with me has had some influence on you. Since my weekends and evenings are full of chores, laundry, and errands, in addition to entertaining you, you have learned a few things. A week or so ago, I was making dinner and had put your lunch box on the counter to remind myself to make your lunch for preschool the next day. You decided that you were going to make your own lunch. I agreed to the plan, thinking you would likely pack half a dozen cookies and three yogurts or some other silly concoction, and planning to repack it myself later. But no. You packed exactly what I would have packed: a yogurt, a piece of fruit, a cookie, and a sandwich. All of which you fetched and packed yourself. You even made the sandwich. The only thing I did was open the jar of peanut butter for you. I was suitably impressed! I think it was in the same week that I was loading the dishwasher and asked you if you wanted to put the soap in. You added the soap, closed the door, locked it, and turned the dial to start the wash cycle. Wow! I was very proud of my self-sufficient child! 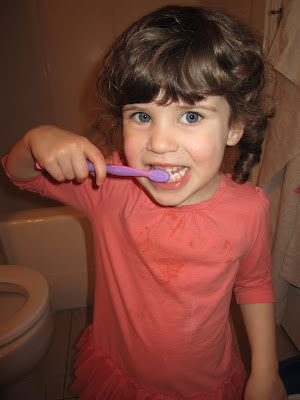 On the other hand, there is another side to your personality that sometimes has me shaking my head in confusion. For such a smart kid, you can also be a real goofball! You were eating blueberries recently and started to gag and hack. I rushed to your side, helped you to bend over, and encouraged you to keep coughing, meanwhile wondering if further intervention would be necessary. You suddenly coughed up a perfectly round and unchewed blueberry. After you recovered from the incident, you told me that you wanted to know what it would be like to sing with a blueberry in your throat - yes, you'd intentionally swallowed the blueberry whole. I was really glad the berry wasn't any bigger than it was, as the story could have had a much scarier ending. In any case, hopefully you now understand what the word "choke" means and why Mom and Dad are always warning you about it. 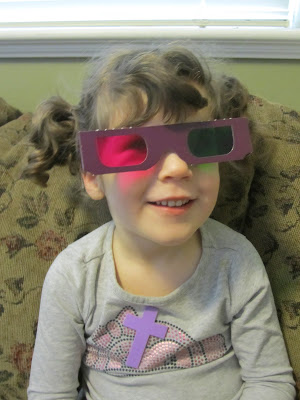 We went to a local elementary school's open house recently in preparation for you to attend kindergarten next fall (2013). I thought the event was oriented towards parents choosing the right school for their children, but in fact it turned out to be more about school administrators and aides (i.e. speech therapists) having a chance to observe the kids and offer any early intervention in regards to speech or developmental delays. That said, it was a fun event, and gave me a really great perspective on your development in the form of a handout titled "Kindergarten Readiness Checklist". In the presentation, the speech therapist made great efforts to assure parents that if their four-year-olds did not yet speak in five- or six-word sentences, they should not panic, as there were resources available to help. Your dad and I exchanged glances, wordlessly reflecting on the fact that you have probably been speaking in five- or six-word sentences since you were two and a half. But examining the "readiness" checklist gave us a bunch of other stuff that is not, to put it mildly, your particular talent:

Hahahahahahahaaaa. Ahem. No. But while you are interrupting me and defying my authority by paying no attention to the task I am directing you to do, demonstrating your failure to understand that the effect of this behaviour is being late for school, you are speaking in marvellously complex sentences of more than five words. So, there's that. 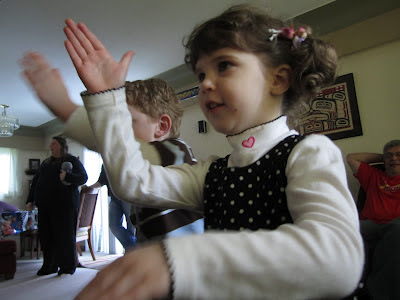 In fact, the checklist splits easily right down the middle. Anything that's about literacy, numeracy, or hand-eye co-ordination - anything that's about being smart - you have nailed. It's the social side, listening to an authority figure and participating as a member of a group, that you are not very interested in. Can't blame you for that. As my very wise friend Janice told me recently, kids develop so very many skills between birth and age five, and they all develop different skills and different times ... and not always in the order their parents might wish for them. So while I might like to trade some of those extra-long sentences for a little dose of Listens to Mom and Dad, it doesn't seem that I get a choice on that. I will try to rest assured that you will get there in the end, and hope I don't lose my mind too often in the meantime. 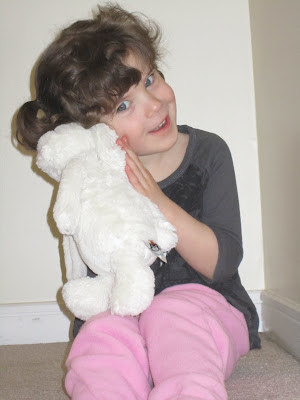 Mostly you are having a lot of fun these days. You are very into crafting, and getting better at it all the time. You still love to help me cook as well. Regrettably, you are becoming a bit of a picky eater, and the "kids always eat what they make" proverb does not always prove true in your case... but at least we have fun cooking. 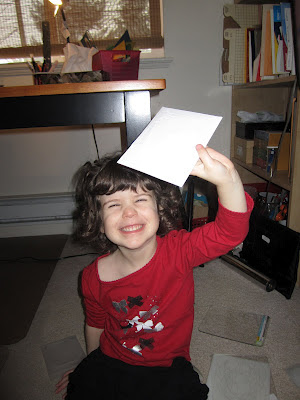 I can't believe your 4th birthday is right around the corner, but I'll save the weeping over how fast time flies for next month. In the meantime, I love you a million, billion, kajillion and three, and am so glad you're my daughter. Rock on, Adventure Girl! 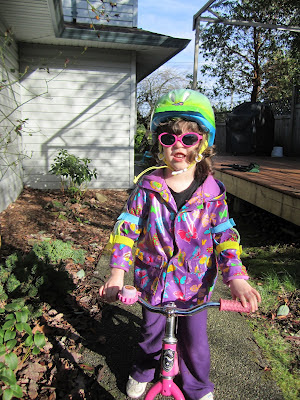 Posted by adequatemom at 7:27 AM