(More on Christmas will come later ... for now, a quickie.)

Since I happened to be sitting next to Gwen while she opened her gifts Christmas morning, I ended up in a lot of the pictures.

In many of them, I am making incomprehensible faces. 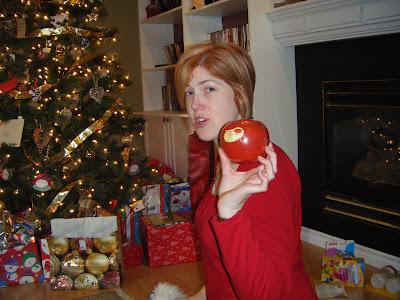 In some of them, I am doing things with my hands that I simply cannot explain. 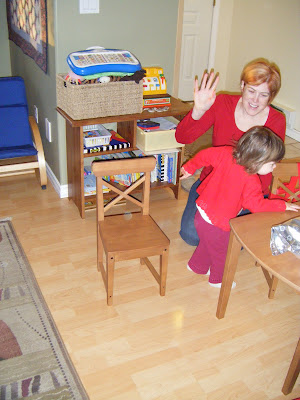 And in one of them, I appear to be boxing an invisible opponent. 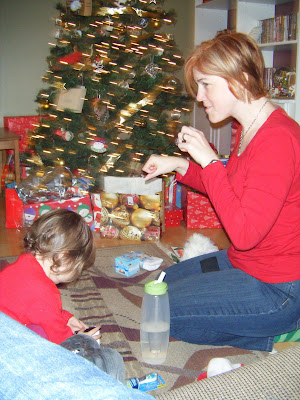 But the weirdest thing is that after looking through all of these pictures, rotating them and editing them for redeye, after perusing my image over and over and over again ... in not one single picture do I look at myself and think, "Whoa, I am fat." Not one. 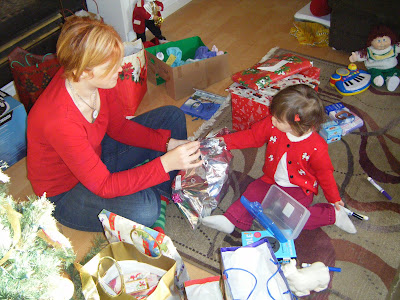 (I mentioned this to my best friend, who told me he has not ever seen a picture of me and thought I looked fat. "Try to see it from my perspective," I urged him. "EVERY picture I see of me, I think, ugh, I am so fat. To see a picture - let alone a whole GROUP of pictures - where I don't think that? It's almost disorienting.")
(Stay tuned for my New Year's Resolutions, which for the first time in EVER will not include the words "lose weight".)
Posted by adequatemom at 10:14 PM

Email ThisBlogThis!Share to TwitterShare to FacebookShare to Pinterest
Labels: christmas, life beyond Gwen

Yay, Laura! That's awesome :) I seem to be having the opposite problem these days ;)

Hey Kim, there's a big difference between being pregnant and being fat! You are gorgeous! :-)

Laura, You look lovely in every photo I see of you but I am very pleased that you finally see it too.

I know I rarely comment on your blog, but I do like to peruse it now and then. But as I was reading this post, I'm thinking "Holy Cow she's skinny!" and then I was thrilled to see you thought so too :) Nice job!

Laura, you do not know me... I have been reading your blog since I was pregnant with my daughter... I have been thinking about commenting for weeks that you look amazing in all your pictures; but, did not want you to think I was a creep. So, not only do you look "not fat", I would say that you look great! Happy New Year!