Today, you are ninety-three months old. 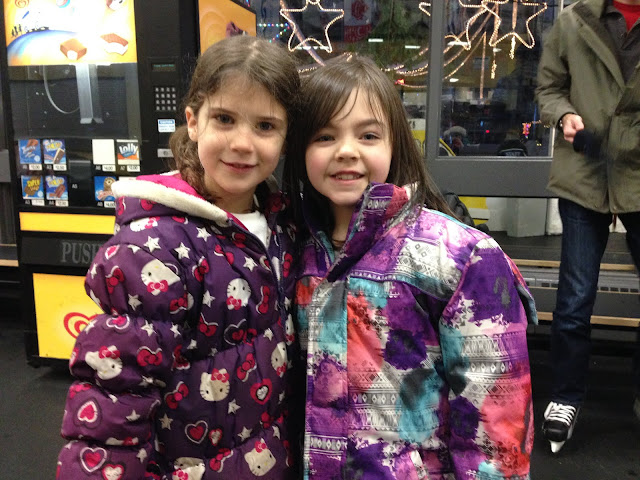 Well, we had Christmas! On Christmas Eve we had your Gramma Karen and Grandpa Keith over for brunch and gift-opening. You pretty much cornered your Grandpa and made him play with you the whole time – which I’m sure he didn’t mind at all. On Christmas morning it was just the three of us, relaxing together, enjoying each other and our many many gifts, and staying in our jammies pretty much all day until it was time to go to Gramma’s for a delicious dinner. As always, we all got very spoiled, and had a really lovely and low-key Christmas. 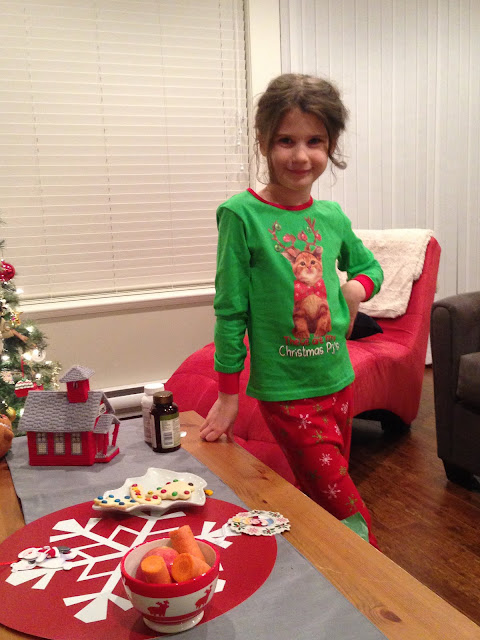 There were other adventures over Christmas break, of course. I took you and your friend Rhyan to the Winter Wonderland skate, an annual tradition. And then there was the day we drove up to Mt. Washington with our friend Tricia and her two boys, to go snowshoeing together. For the last couple of winters, you have complained and asked, “What’s the point of winter if there isn’t even any snow?” Well, there was no lack of snow on the mountain! We walked around a beautiful winter wonderland, and you got to build a snowman, make snow angels, and get your fill of snow (both literally and figuratively – why can kids never resist eating snow?). 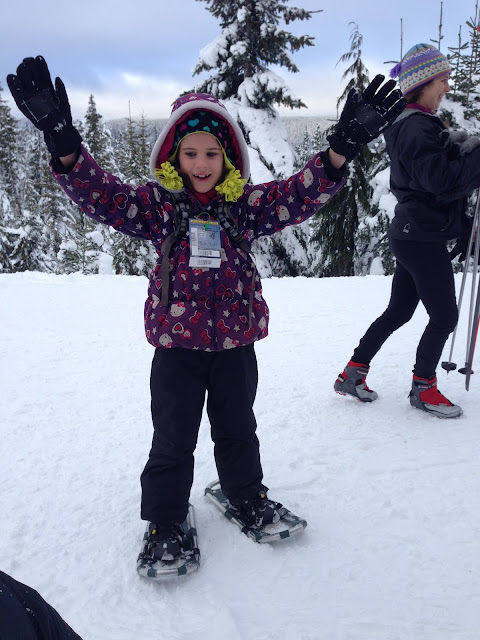 For New Year’s Eve, you and your Dad went to the Family Finale at Beban Park (I was performing at the theatre that night so couldn’t join you). And a couple of days later, we hosted an enormous open house where you got to play with a wide variety of kids throughout the day in the upstairs loft. There were crafts, board games, general shenanigans, and, as the evening wore down, the half-dozen kids who were left started producing plays for the small yet appreciative audience of adults. Has the theatre bug bitten you? 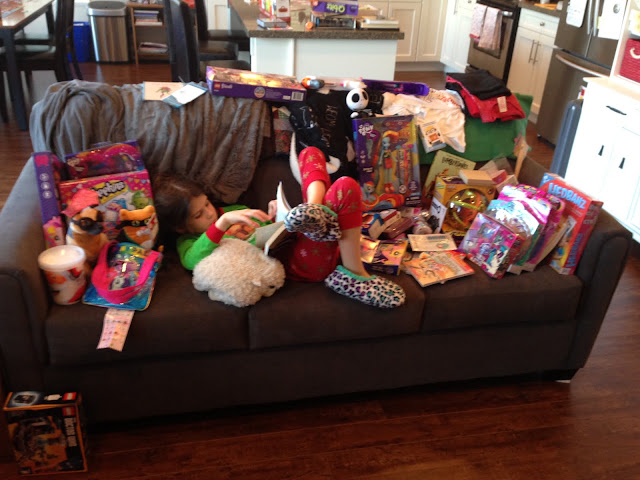 This has been the month of broadening your pop culture horizons. When I was a kid, VCRs were just becoming a thing – I can remember my parents renting a VCR, along with a few movies, once in a while before they decided to take the plunge and buy their very own. This meant that if I wanted to experience the excitement and novelty of watching a movie, I watched what they chose for us to watch – and I was exposed to a lot of media that wasn’t necessarily geared towards a kid’s tastes or sensibilities. Sometimes this meant I saw something scarier than I should have, but this was infrequent – for the most part, watching “grown-up” movies meant that I had a broader and more mature taste than I would have otherwise. Set against this backdrop, your stubborn insistence on watching the inane mind-numbing treacle that is most children’s television programming – and the fact that Youtube and Netflix make this garbage constantly available - makes me CRAZY. This past month, however, we’ve made some serious progress on the road to better taste in movies. 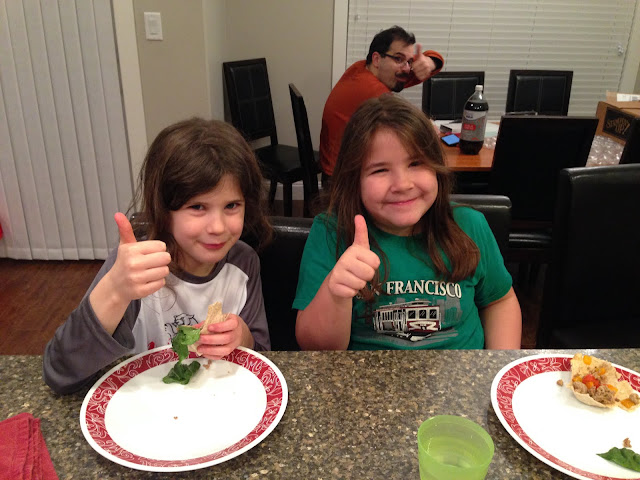 It all started, of course, with the news that there was to be a new Star Wars movie. Your dad decided to sit down with you over several weeks and watch the original trilogy. It sometimes took two nights to get through a whole movie, but you were super interested and engaged with the story and characters, and looked forward to the next movies with excitement. We finished watching the third movie right before Christmas, and then on Christmas Eve Day – after spending the morning with your grandparents, eating waffles and opening presents – the three of us went to the theatre to see “The Force Awakens”. It was SO awesome to sit with you and your dad in a theatre full of people who were just as excited as we were, and to know that you were enjoying the movie too! What a big milestone, to see your first not-kids’ movie on the big screen. It was such a fun day! We then got to teach you the important concept of “spoilers” and how if anyone asked you about the movie, you should just say “I saw it, it’s great, and you should see it too.” 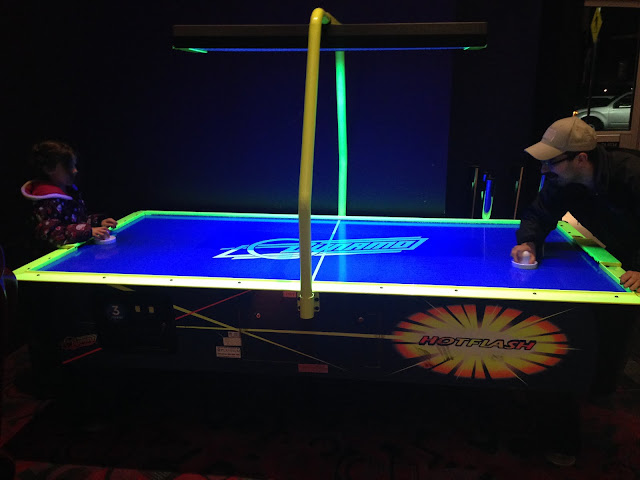 The fun continued over Christmas break, when we got you started on a healthy diet of Red Dwarf – finally, the introduction of British humour! That wise old Santa had brought us the entire box set of Red Dwarf DVDs, for our family to watch together, and we’ve watched several so far. You really enjoy the show, its humour, and the two main characters. Oh, and the cat, of course! 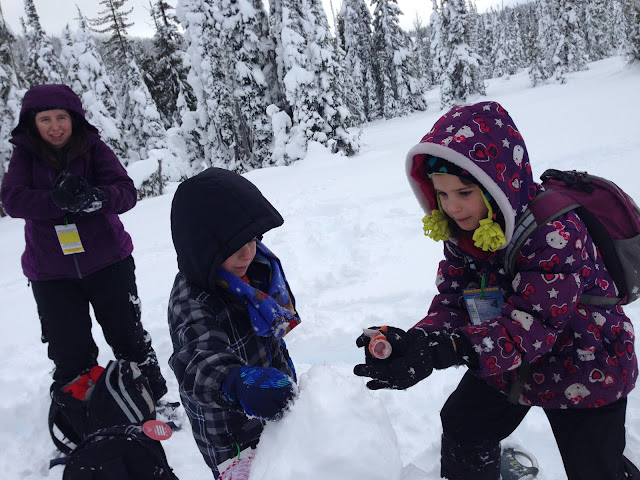 About a week ago, Dad decided it was time to show you The Martian. I’m not sure the average seven-year-old would like this movie, but you are very, very, interested in space, and so we thought you would probably like it. And you sure did. You were completely enthralled for the entire movie, no small feat as it is over two hours long! We had a brief discussion about all the adult language you were going to hear, and how we didn’t want to hear any of it coming out of your mouth. So far, so good on that score. 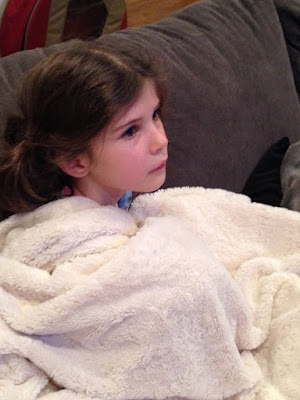 It is SUCH a blessed relief to have you interested in movies that we are interested in too! This has opened up the doors to sharing many more favourites with you, and we’re very much looking forward to that. 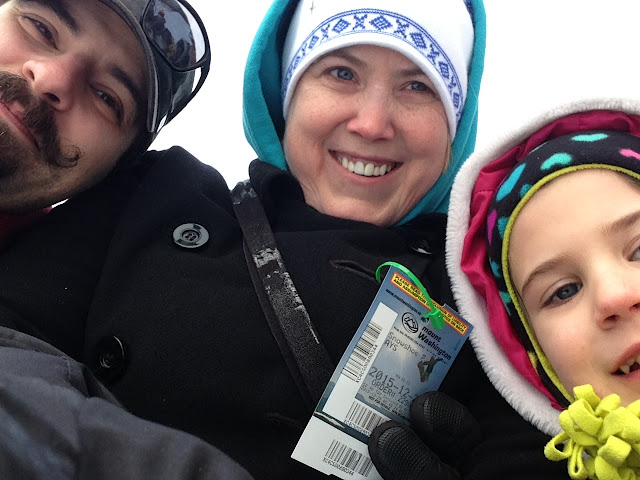 Speaking of favourites, last weekend I got to do something super-amazing with you: go to a Raffi concert! What a wonderful treat to sing and dance along to so many beloved songs, along with my very best girl. Like many others my age, Raffi is the music I grew up with, and it was a joy to see him in person; a joy made more than double because I got to share it with you. Raffi himself is a warm, lovely, wise, and inspiring man. 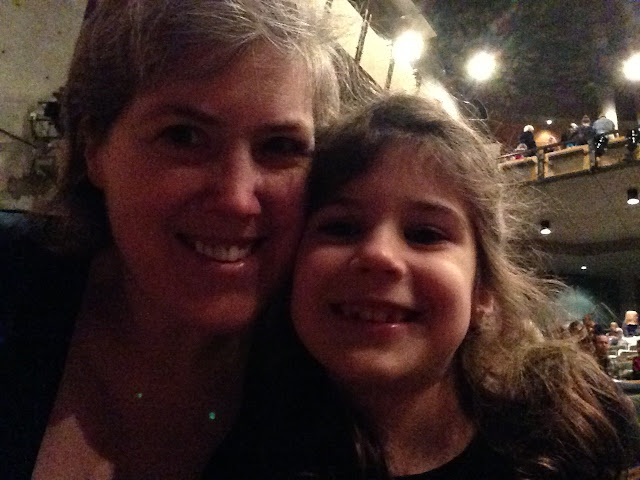 And one more story of pop culture. On January 10, David Bowie died. He was a songwriter, musician, and actor, an extremely influential and boundary-pushing artist for many decades. His death shocked and saddened people of many nations and generations. That day on social media, there were countless memes, tributes, memories, and mournful posts shared. And that afternoon, you came home from school and told us that in music class, you’d learned a song about an astronaut. “It’s a story-song, a song that tells a story!” you told us excitedly, and sang us some of the words you could remember: “I’ve been floating in a tin can … far above the world ...” Yes, sure enough, your music teacher had exposed you to David Bowie’s “Space Oddity” (aka Major Tom). As you described it, your teacher explained that the song was written by one of his very favourite songwriters, and he had then played his guitar and sung the song to your class. Among all the other stories and tributes that were shared that day, the image of this teacher (whom I’ve never met, so I’m sure my mental image is way off) earnestly sharing that song with a class of six- and seven-year-old kids as a way of honouring Bowie’s memory and sharing his talent, touches me deeply. 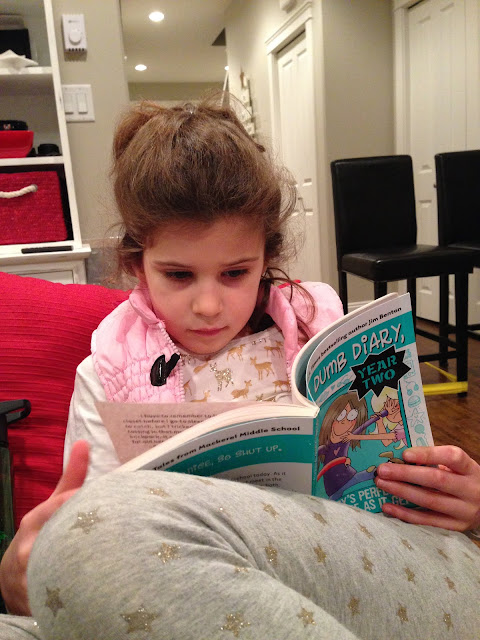 Well, I guess that’s it for this month, Gwen! As always, I love you to the moon and back, and I can’t wait to see what the next month will bring.

Love,
Mom
Posted by adequatemom at 8:45 AM